I could fill this blog post with a list of restaurants and dishes in Detroit or other cities that are recommended for you to try, but I want to focus on the food. A weekend trip is best spent exploring the culture, eating good food and getting lost amongst new places.

The “rhubarb frangipane galette” is a recipe that combines rhubarb and almond paste. The tart is topped with a streusel made from almonds, flour, sugar, cinnamon, and butter. 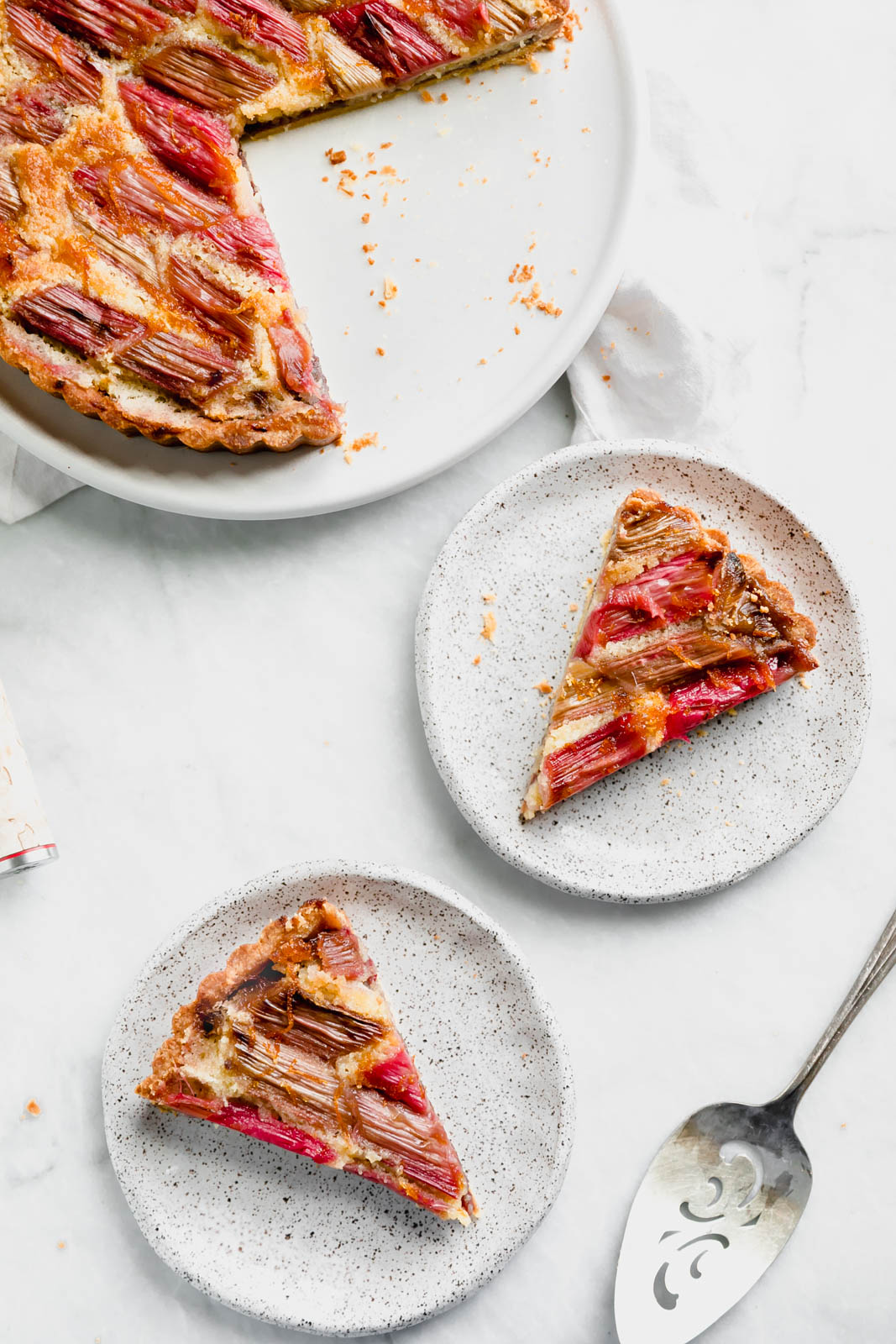 Kroger approached me a few months ago to see if I could organize a weekend in Detroit for some of the country’s best bloggers to celebrate the arrival of Tillamook products at Kroger stores throughout the country. Of course, I said yes and immediately set about organizing the finest weekend I could think of. 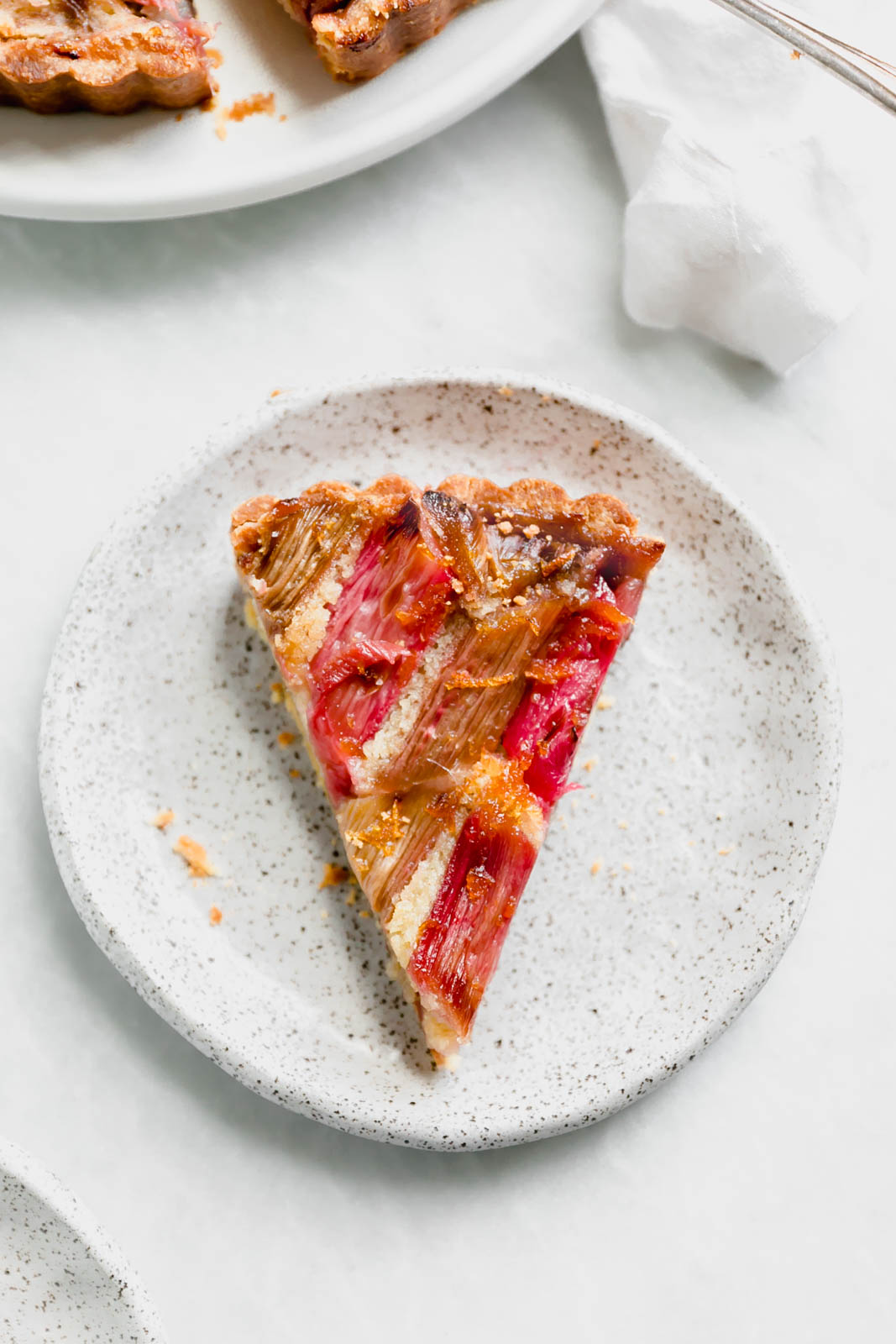 The weekend went off without a hitch, with plenty of eating, drinking, and more eating. We tried a variety of Tillamook cheeses and Kroger goods along the route, and we got to know each other better as food bloggers.

One of my favorite aspects of the weekend was being able to employ practically everyone I knew in Detroit, from Detroit Cultivated to Marrow’s crew, Hayden Stinebaugh, and my Grey Ghost buddies. It was a nice way to end the past two years I spent in Detroit, especially because it was one of my last weeks in the city before leaving to Boston. 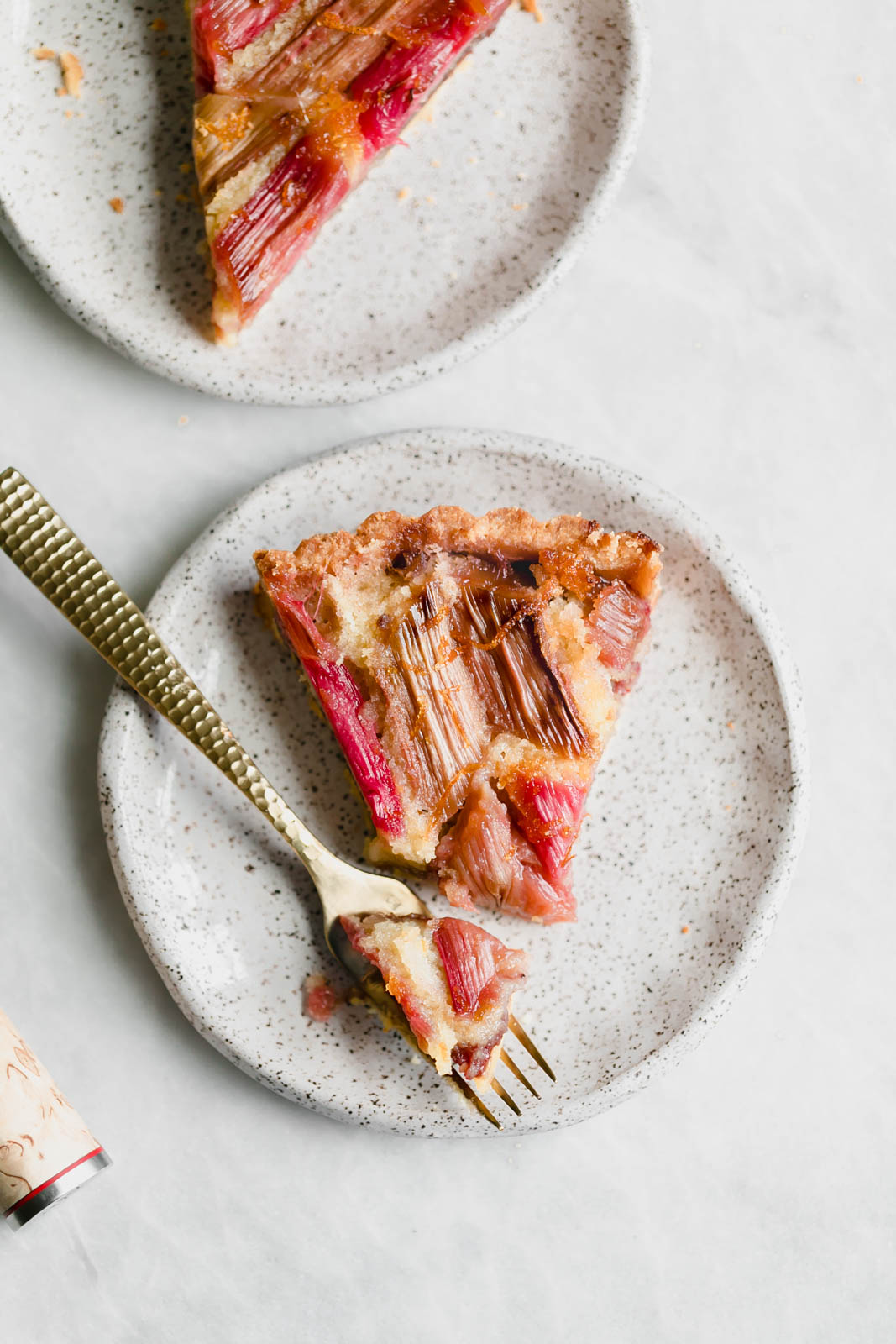 It was also a lot of fun working on the weekend meals with the cooks. We asked each chef to construct a multi-part dinner utilizing Tillamook and Kroger goods in each round.

Chef Sarah from Marrow prepared the most exquisite Rhubarb Bakewell Tart with a pâte sucrée crust, a layer of strawberry preserves, almond frangipane, and an orange-soaked rhubarb herringbone top, which was one of my favorite meals. Yuh-huh. 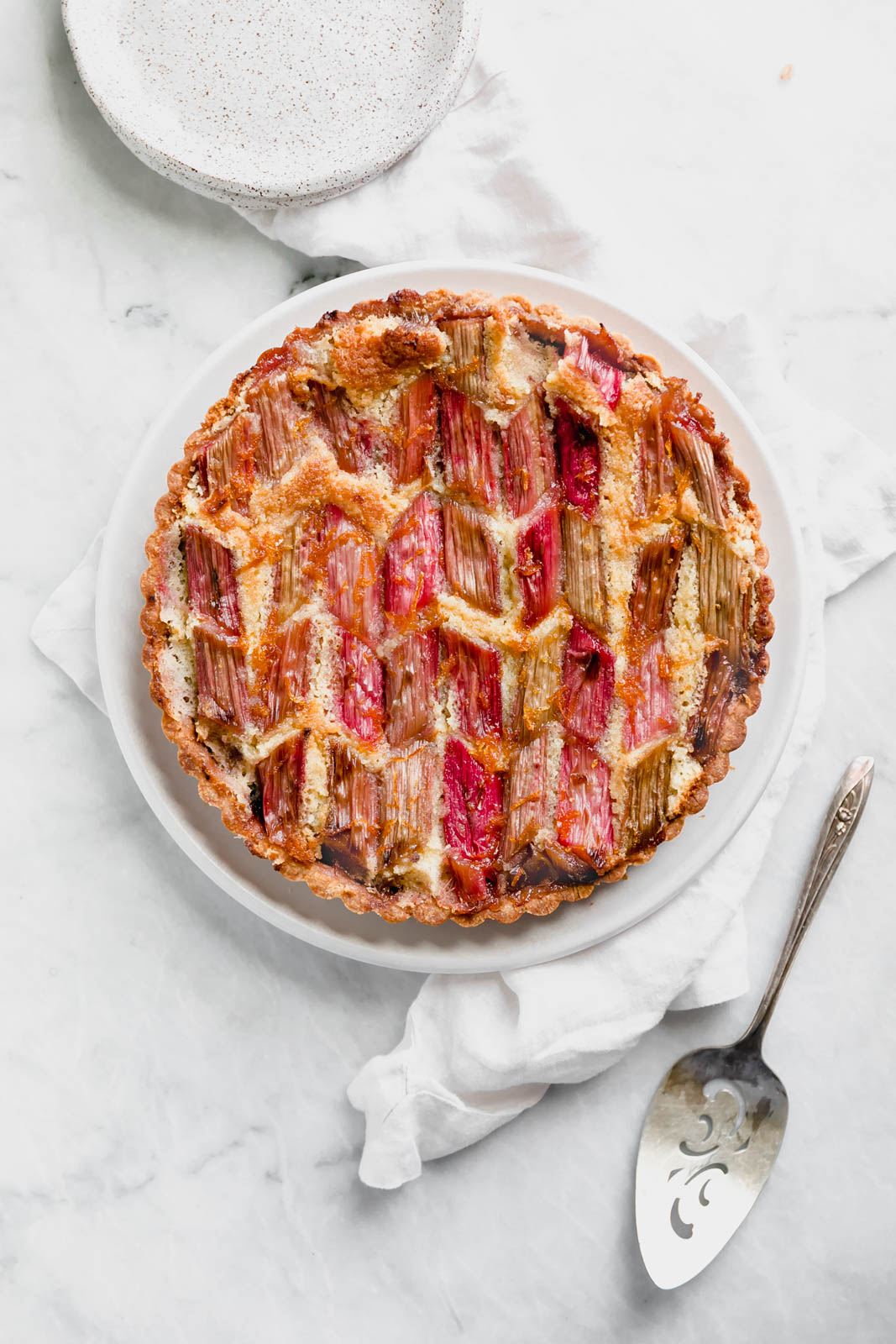 I won’t lie to you. I’ve already made this tart twice and am preparing to make it again right now. While it has a lot of stages, it’s surprisingly simple to put together and doesn’t take much skill beyond arranging the rhubarb on top in a herringbone pattern. So don’t be put off if you haven’t baked before– you’ve got this!! 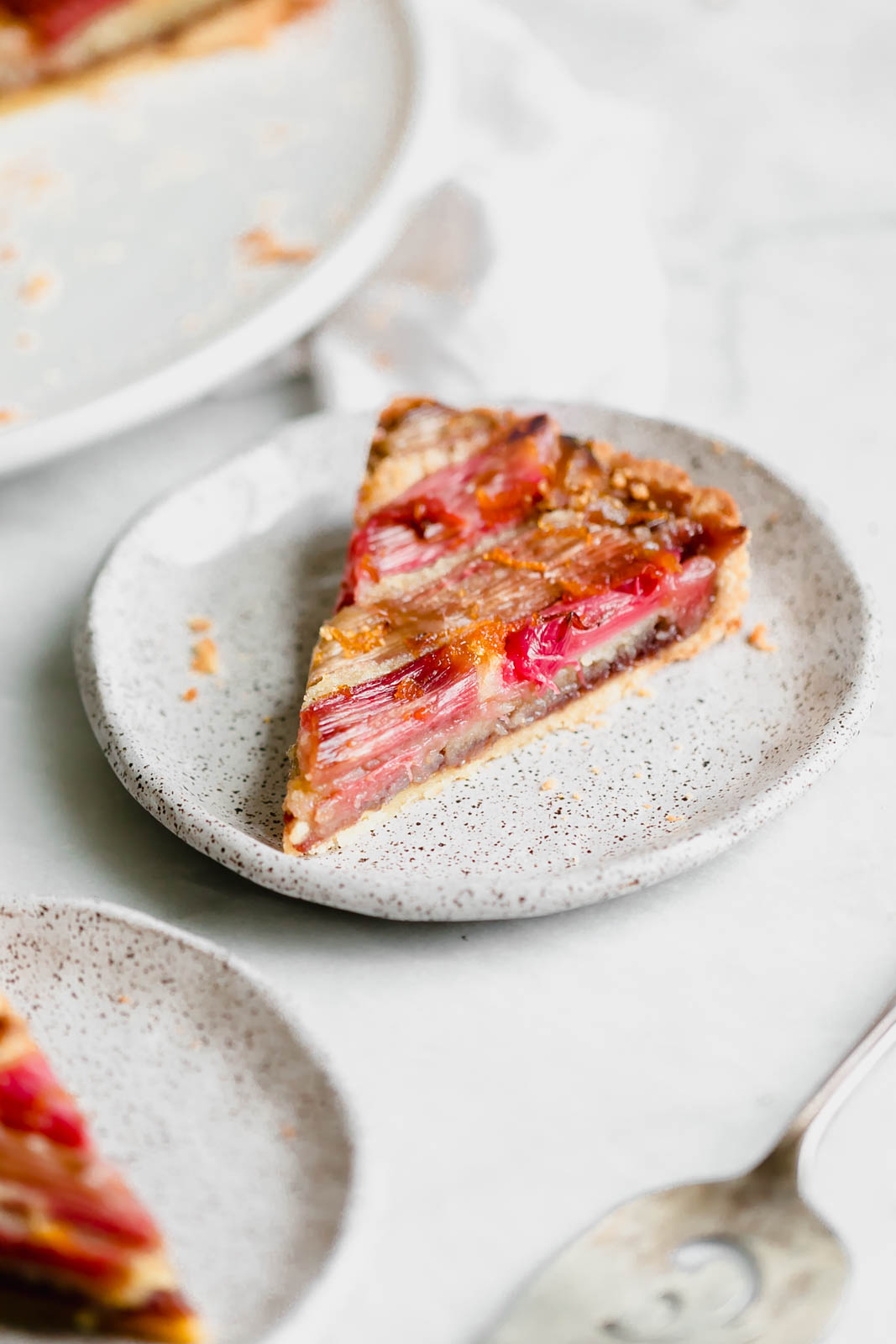 Finally, here are some of the weekend’s highlights. I hope you enjoy yourselves! 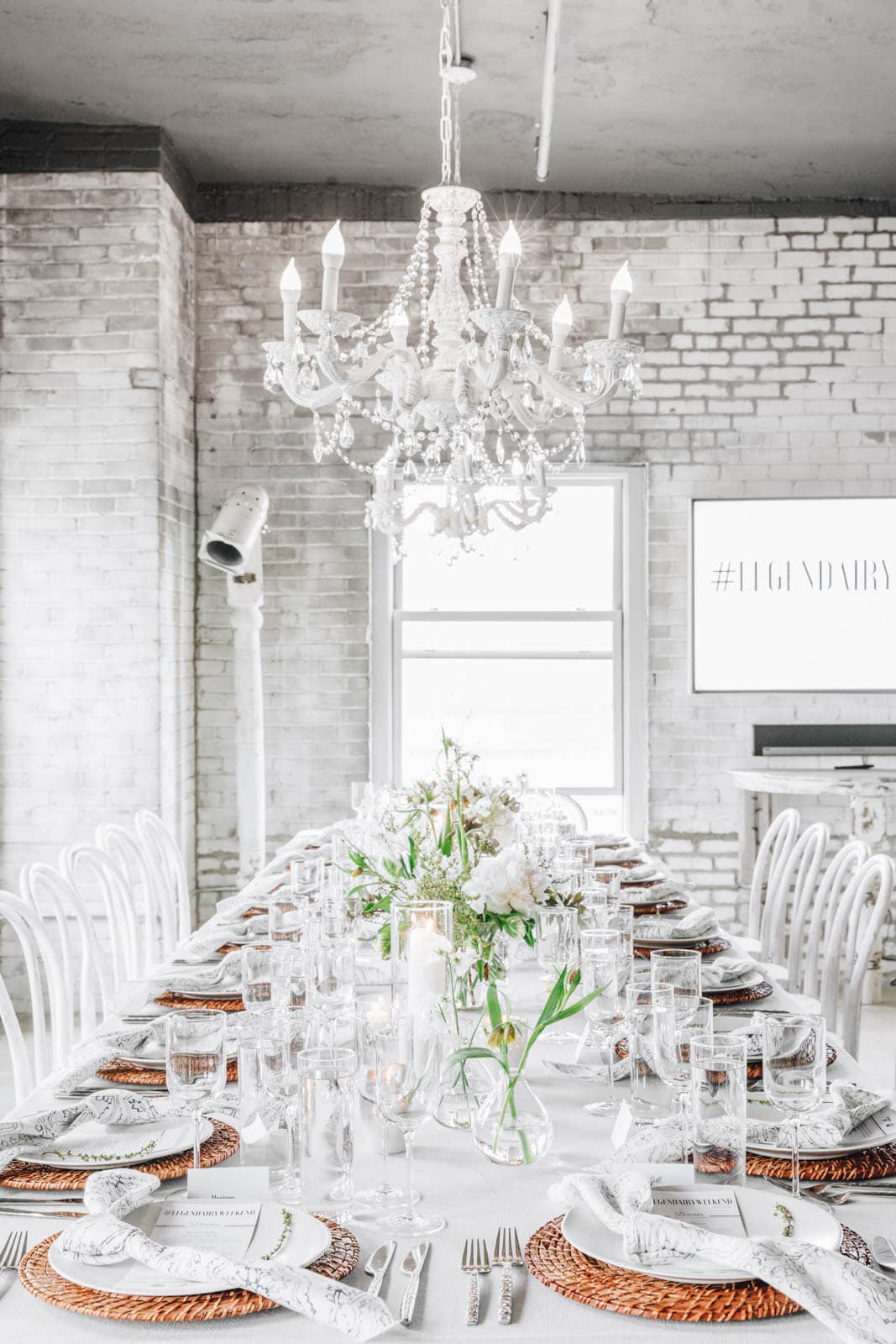 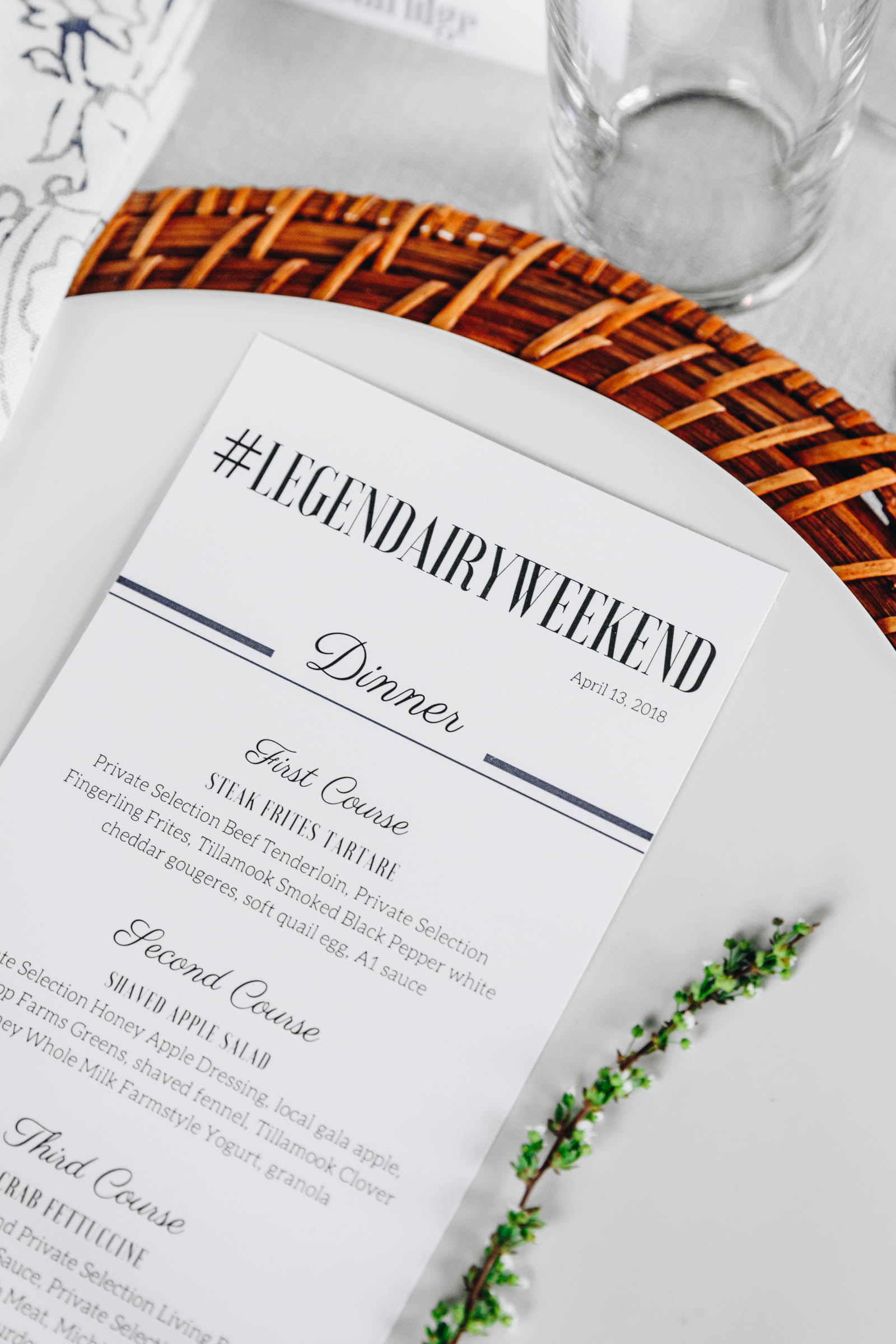 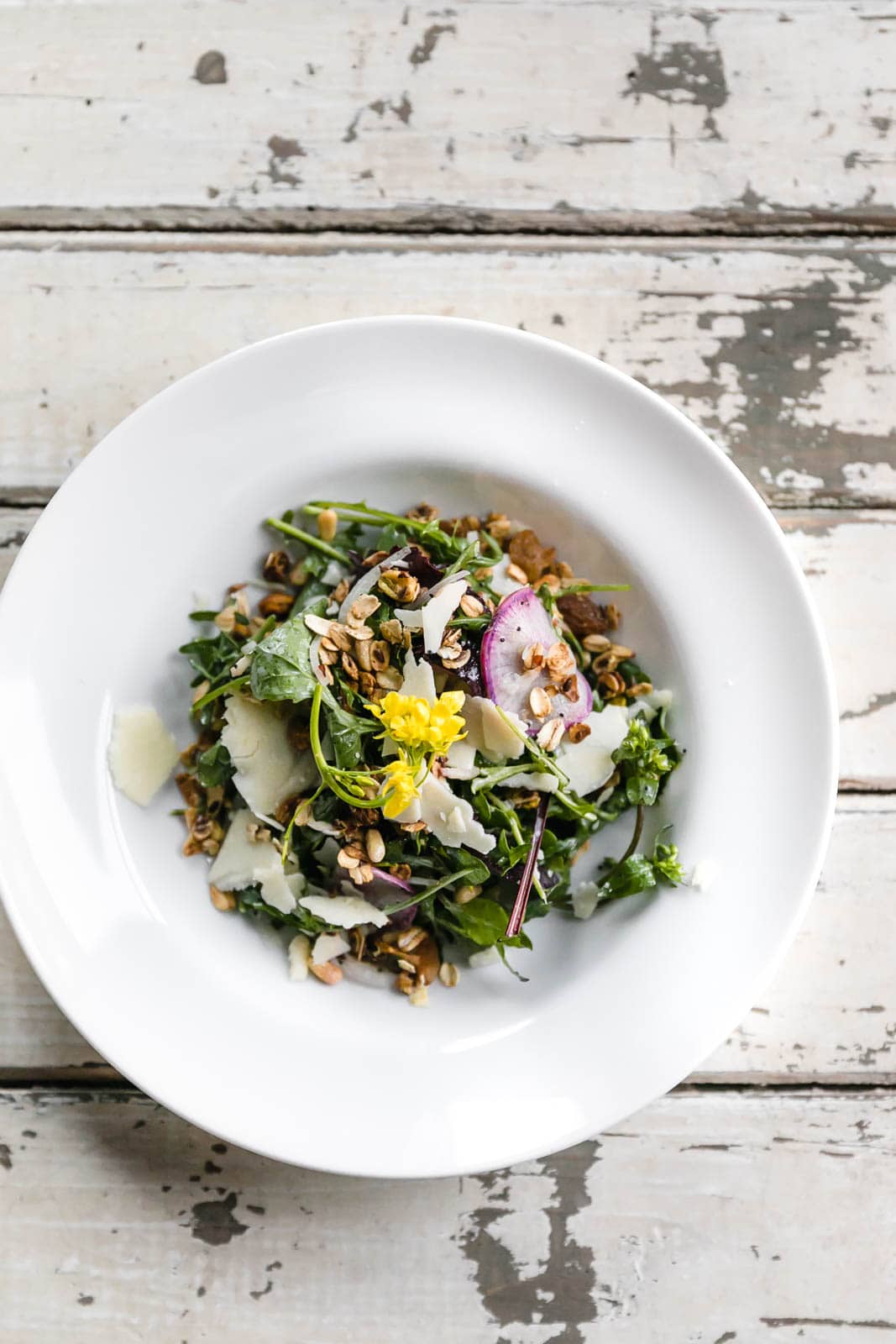 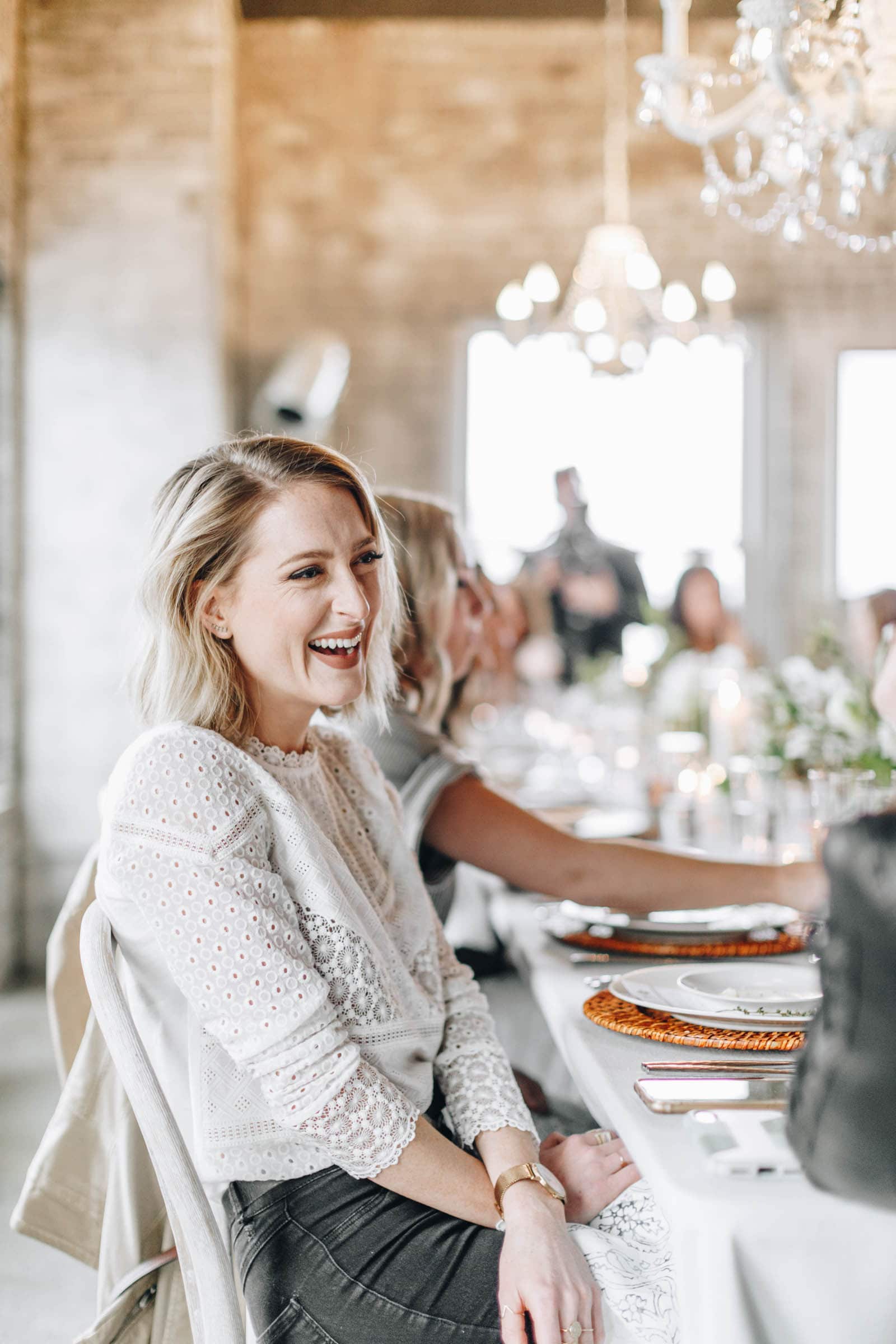 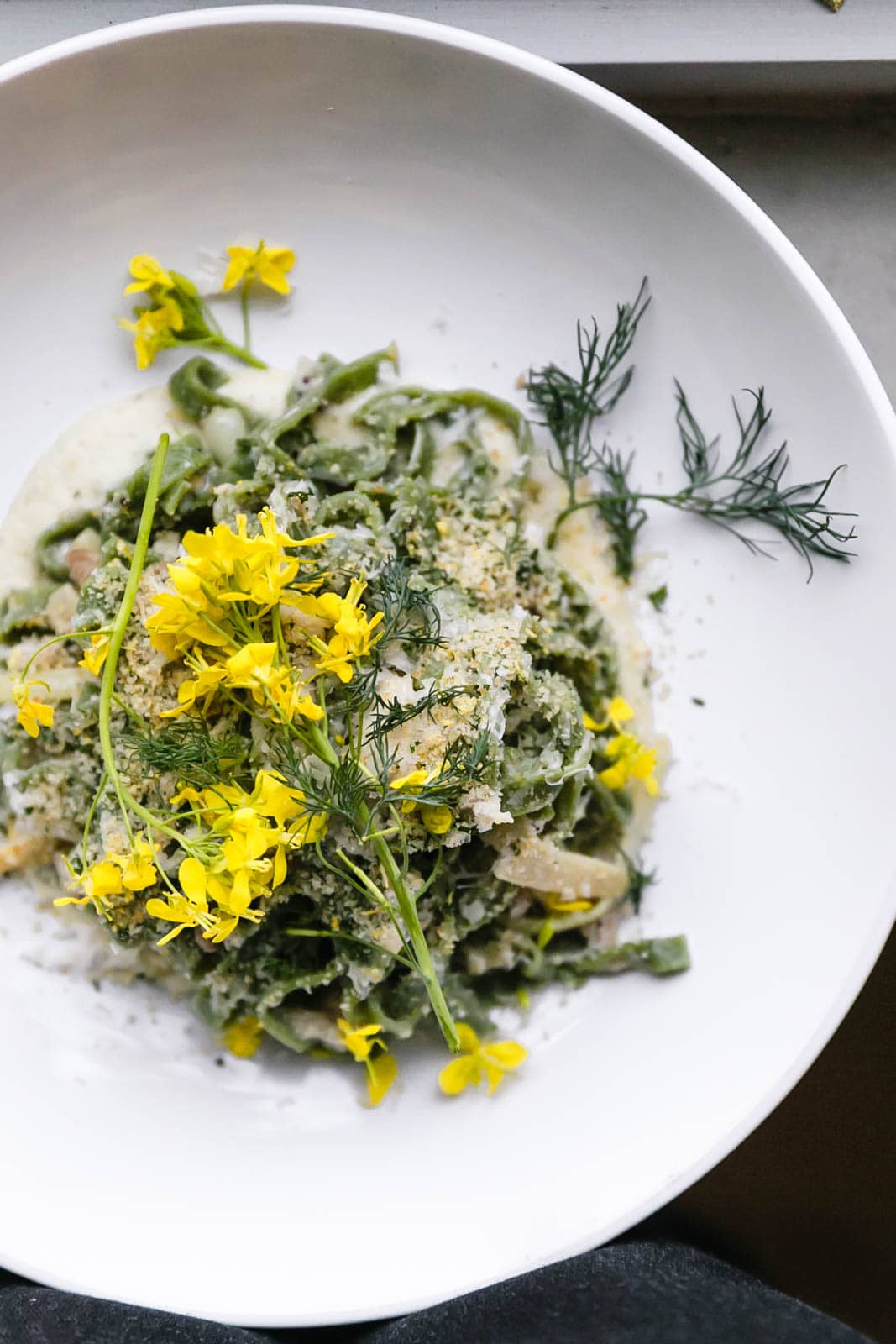 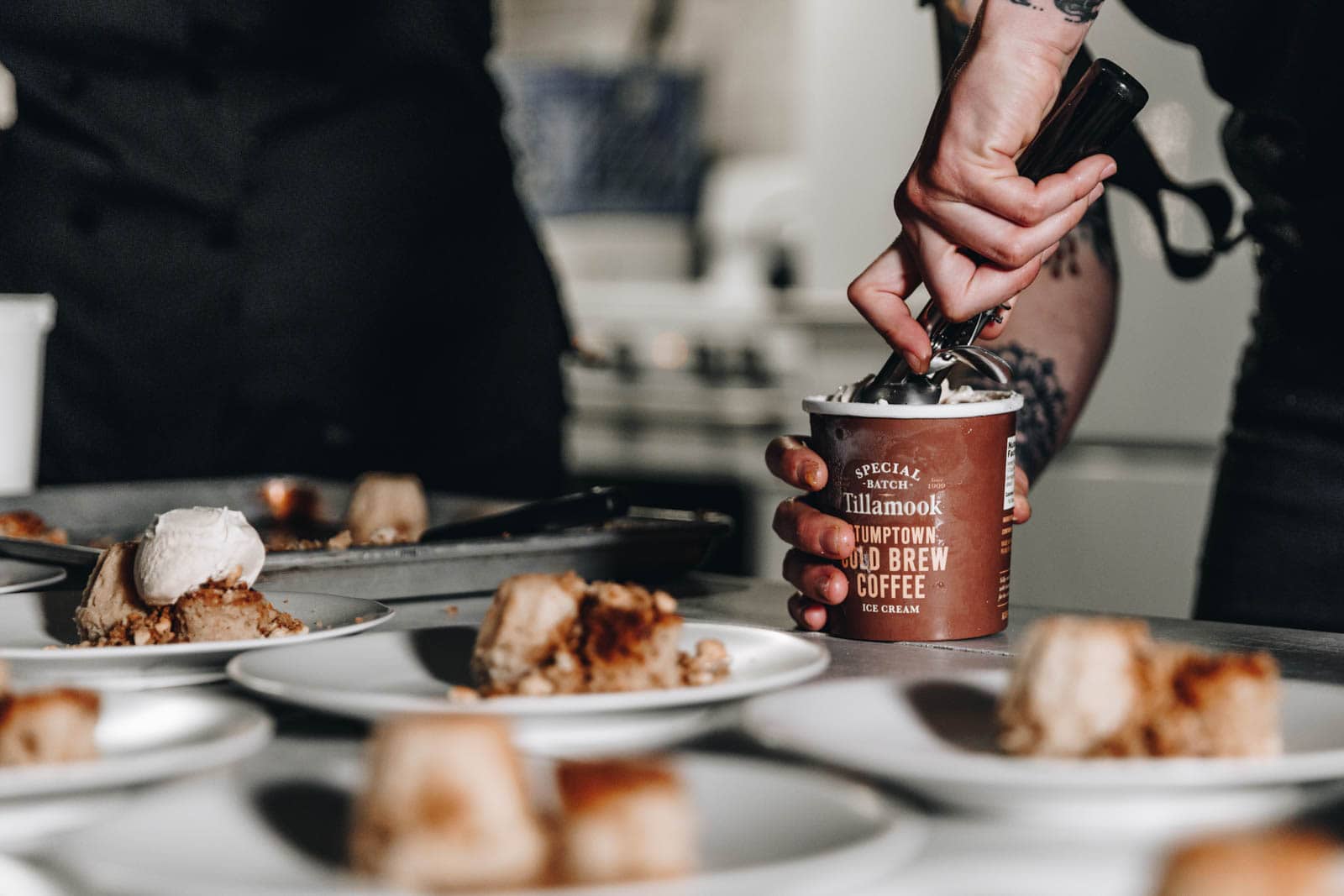 SMOOTHIE BREAKFAST IN A BOWL

Our morning smoothie bowl was fantastic. It was a nice way to showcase Tillamook’s Farmstyle Greek Yogurt while also using some fantastic Kroger fruit. I made a green smoothie with frozen spinach from Simple Truth, Tillamook 0% Plain Greek Yogurt, and blackberries! 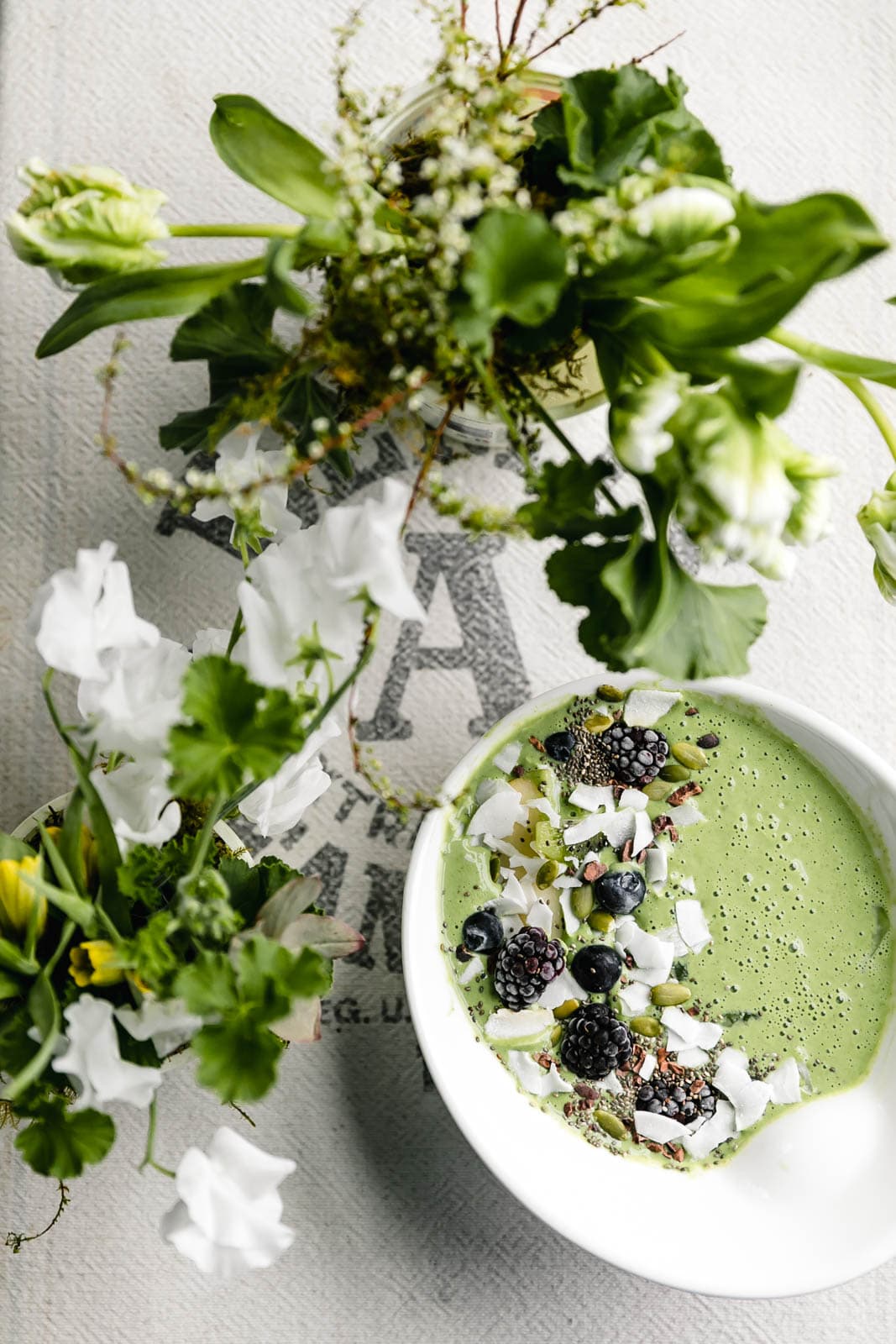 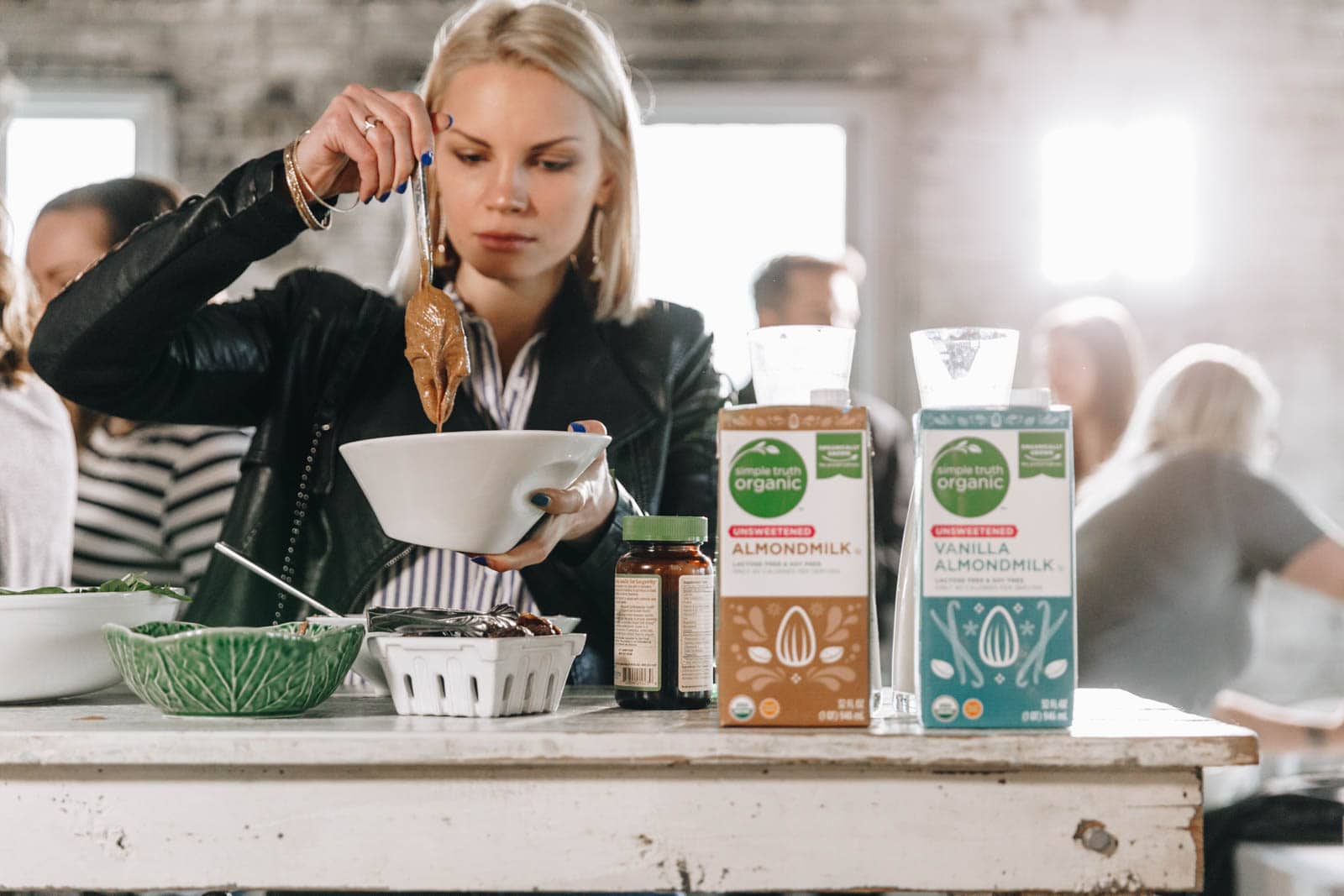 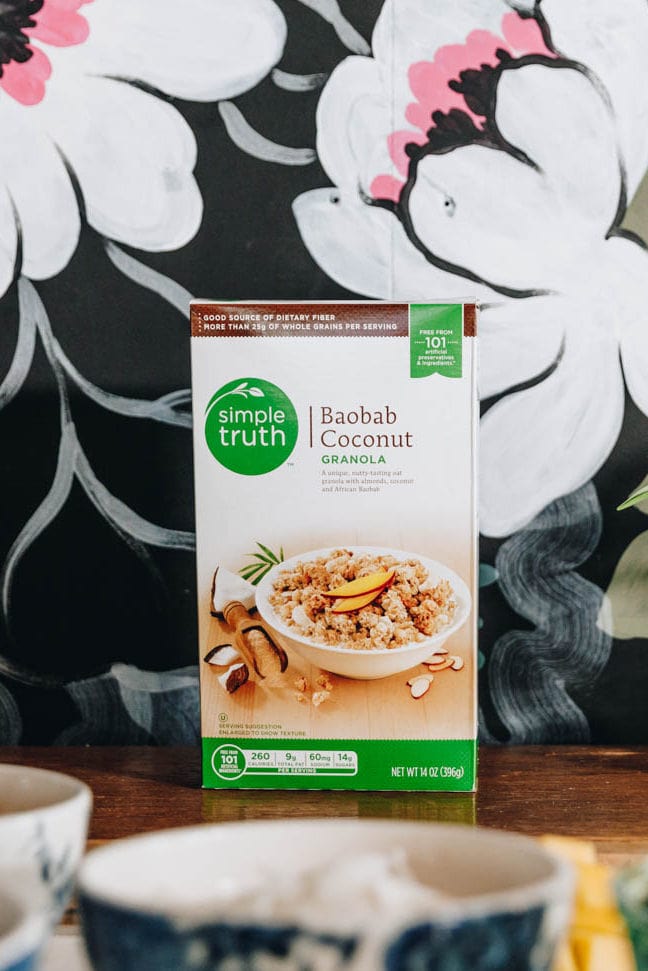 SESSION WITH YOUR OWN CHEESE AND CHEESEBAR

I chuckled when Tillamook said they were delivering a 40-pound block of cheese. I laughed even more when it came up on my doorstep a few days before the event. This contraption weighed in at 40 pounds.

Jill, a Tillamook, Oregon resident and Tillamook cooperative dairy farmer, showed us how Tillamook inspects each block of cheese using a process known as a cheese pull. We were then given the chance to experience it for ourselves, followed by a styling session in which we each created our own cheeseboards using items such as Private Selection crackers and Tillamook cheeses. 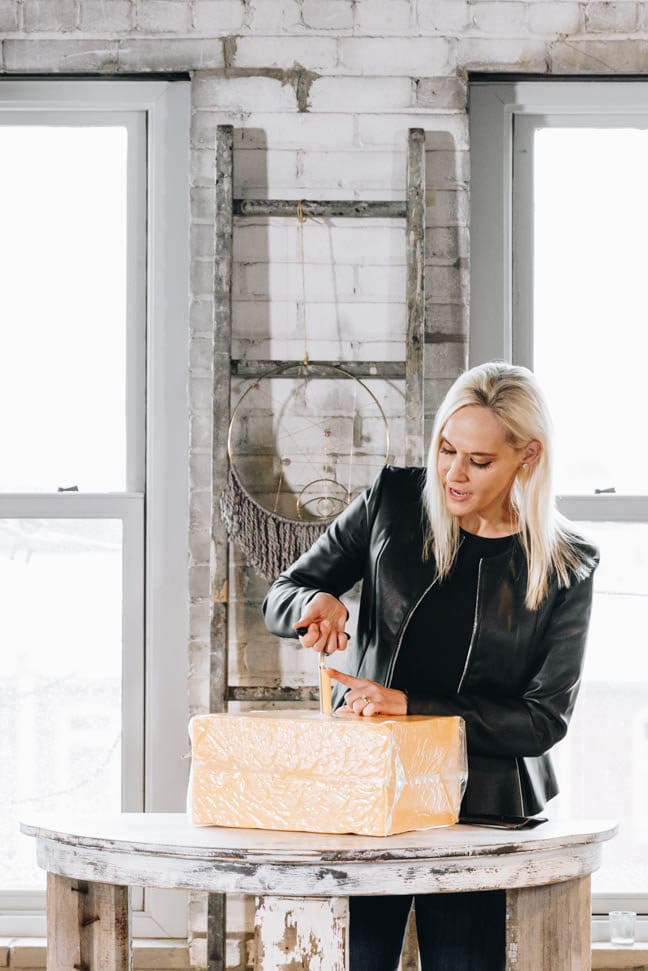 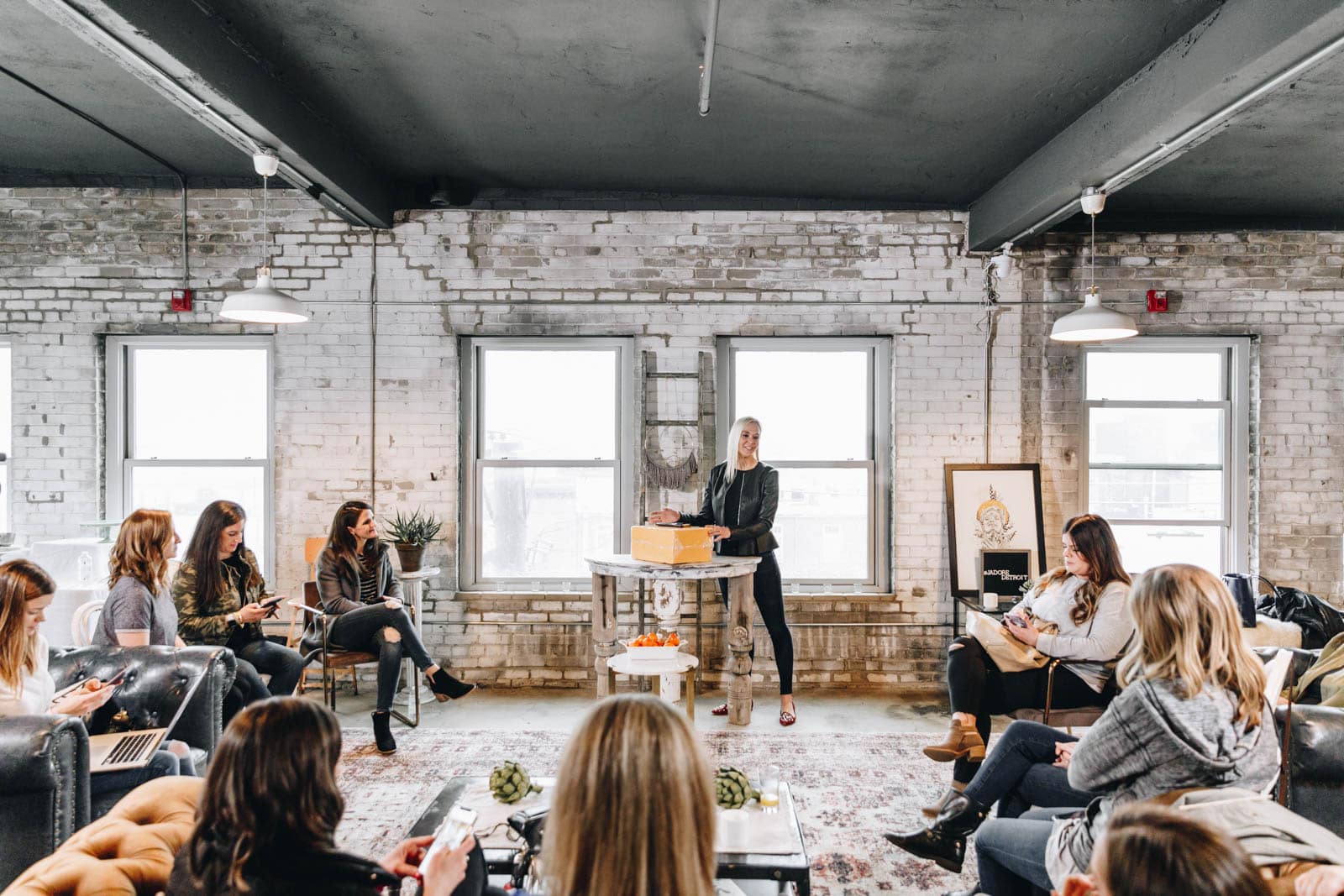 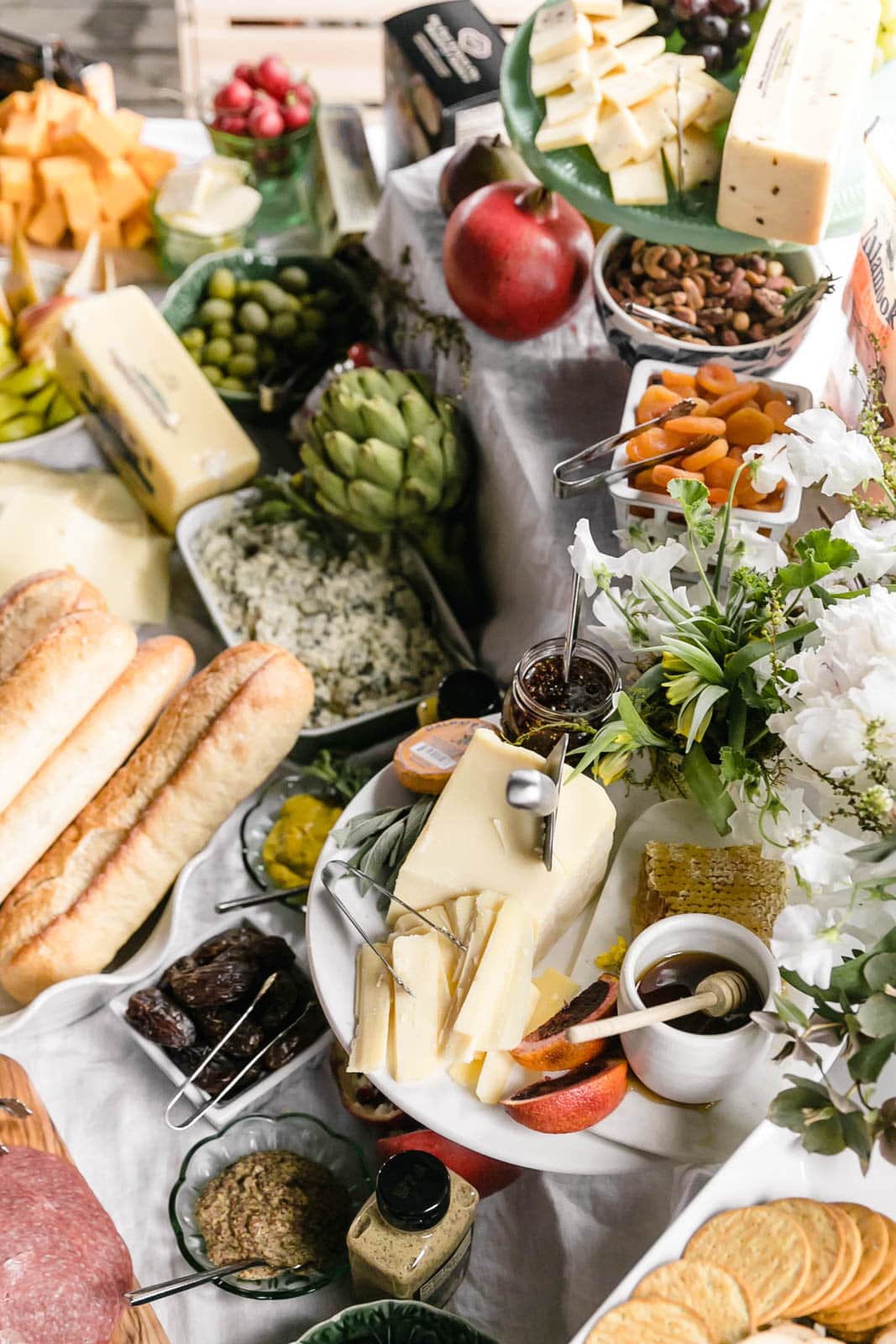 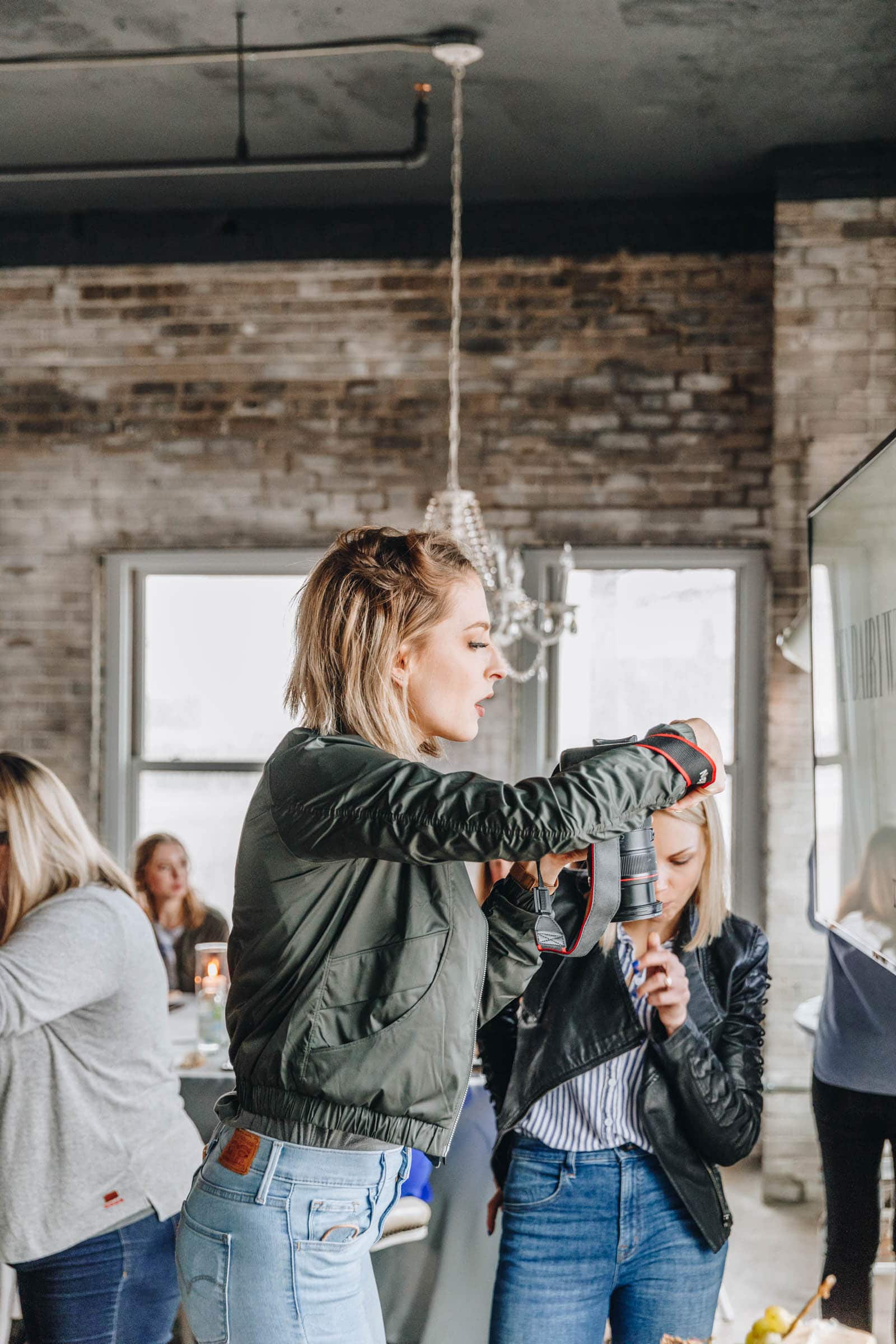 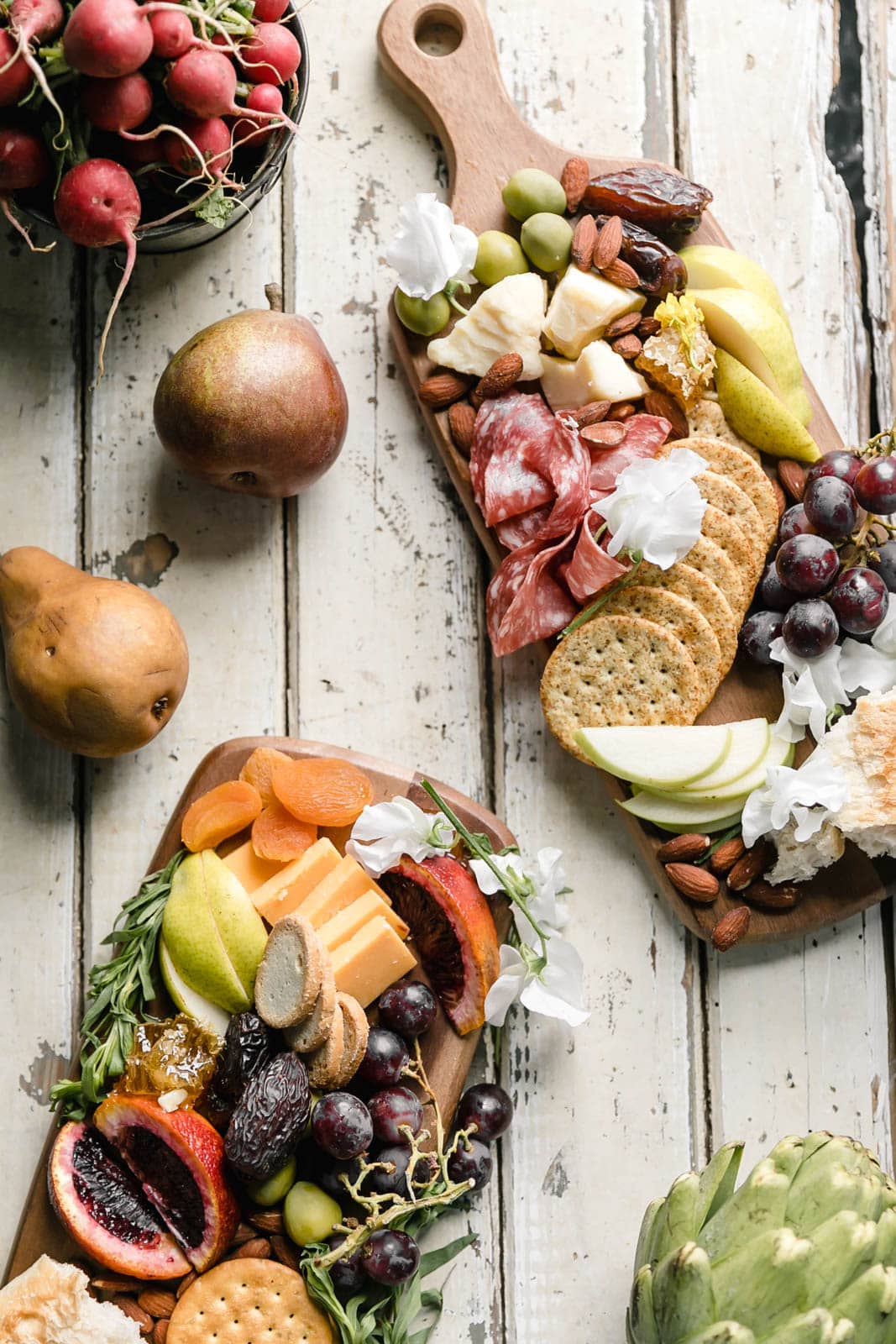 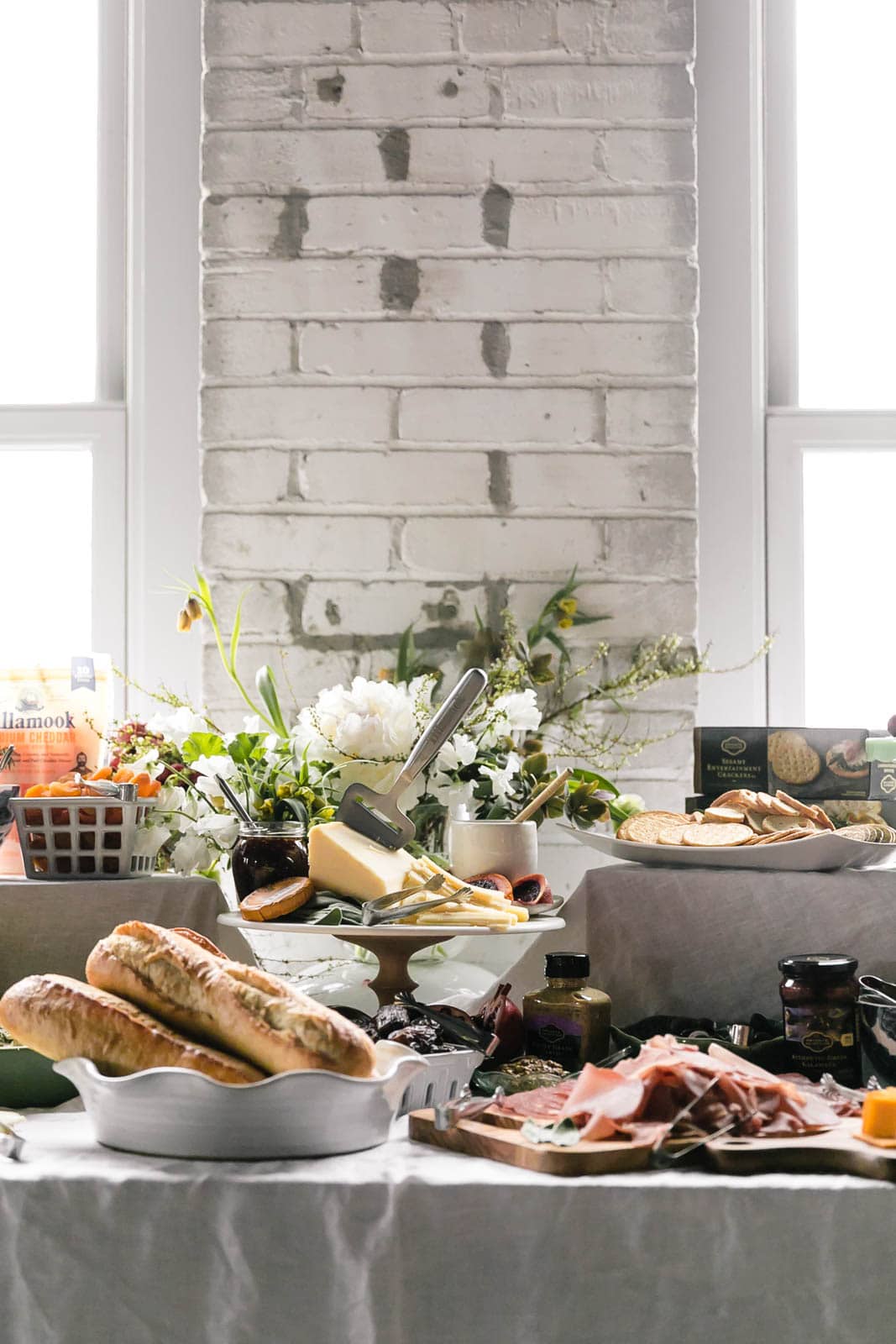 DINNER WITH A GREY GHOST

Another highlight was going out to supper at Grey Ghost on Saturday night. John and Joe, the cooks, prepared a fantastic 5-course feast for us. Each meal used both Kroger and Tillamook items, ensuring that it was fully incorporated into our weekend while also giving the bloggers a taste of a Detroit classic! 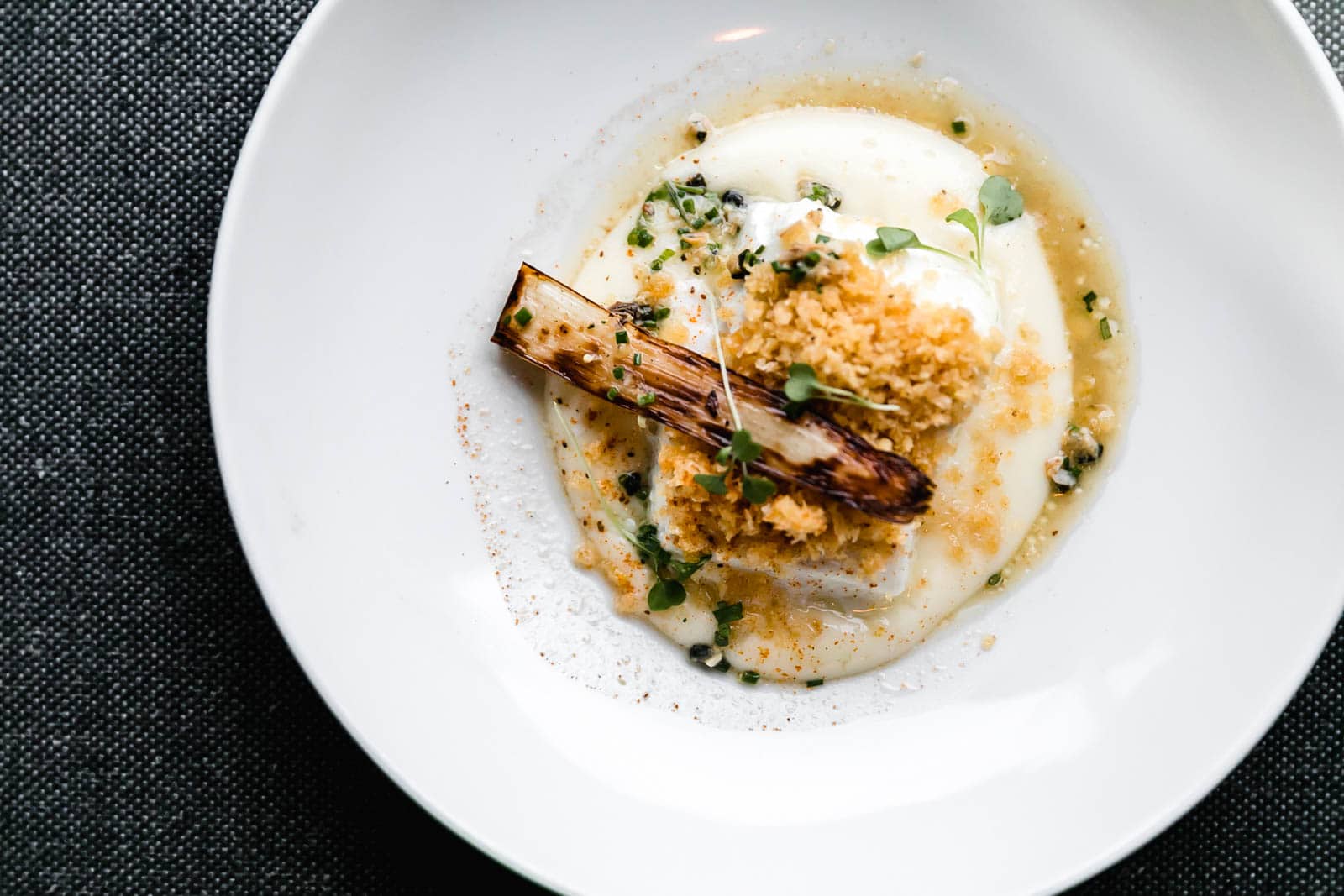 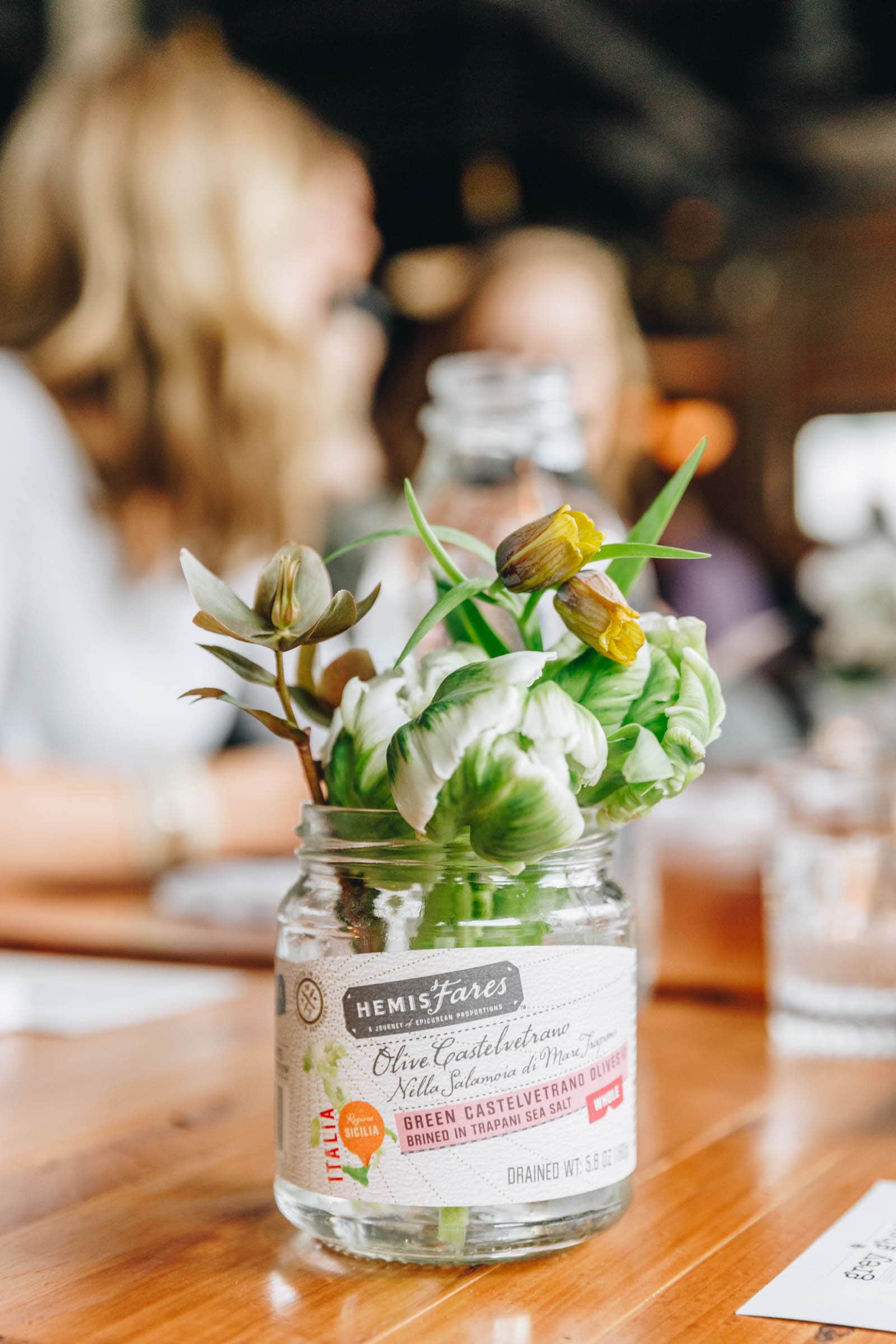 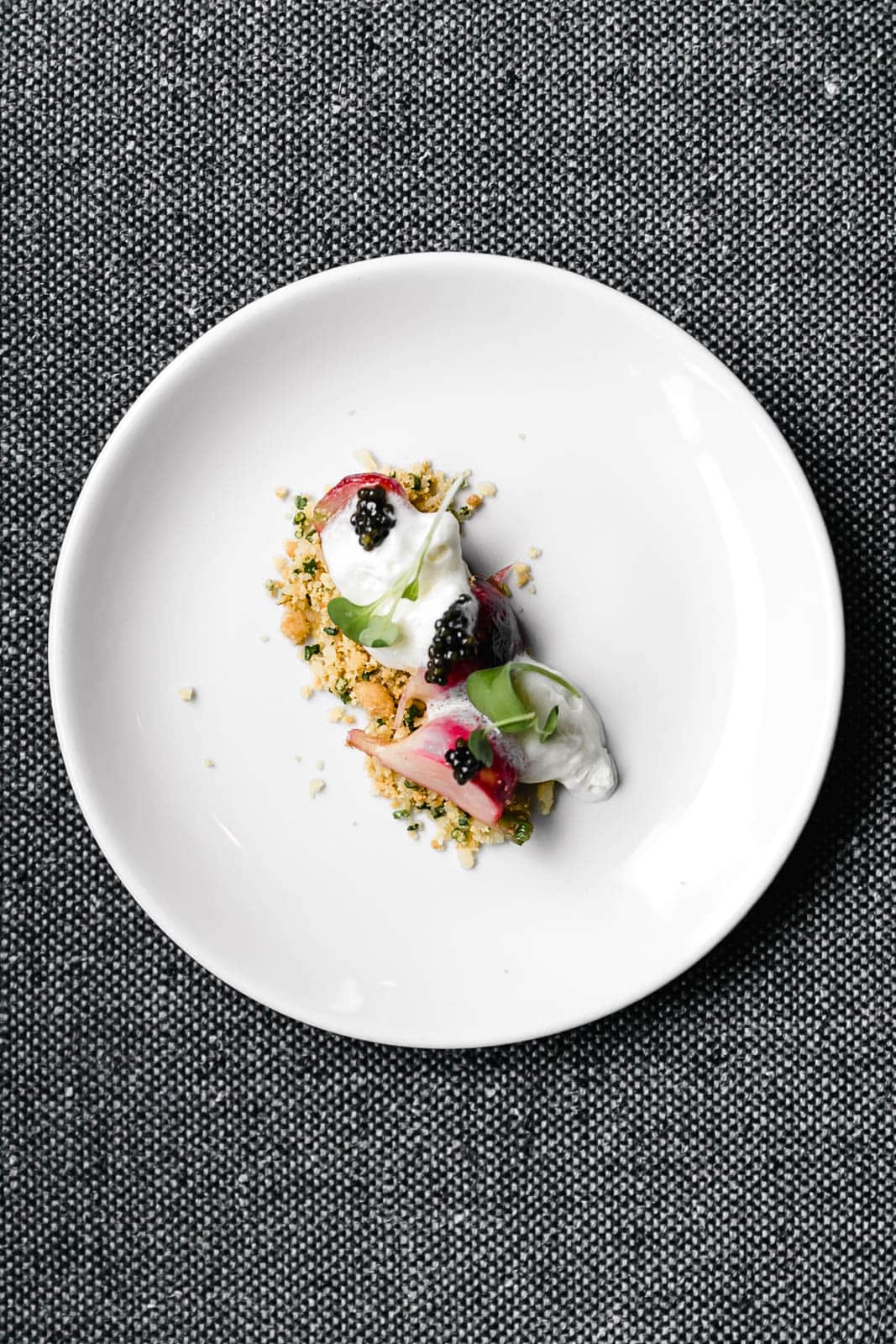 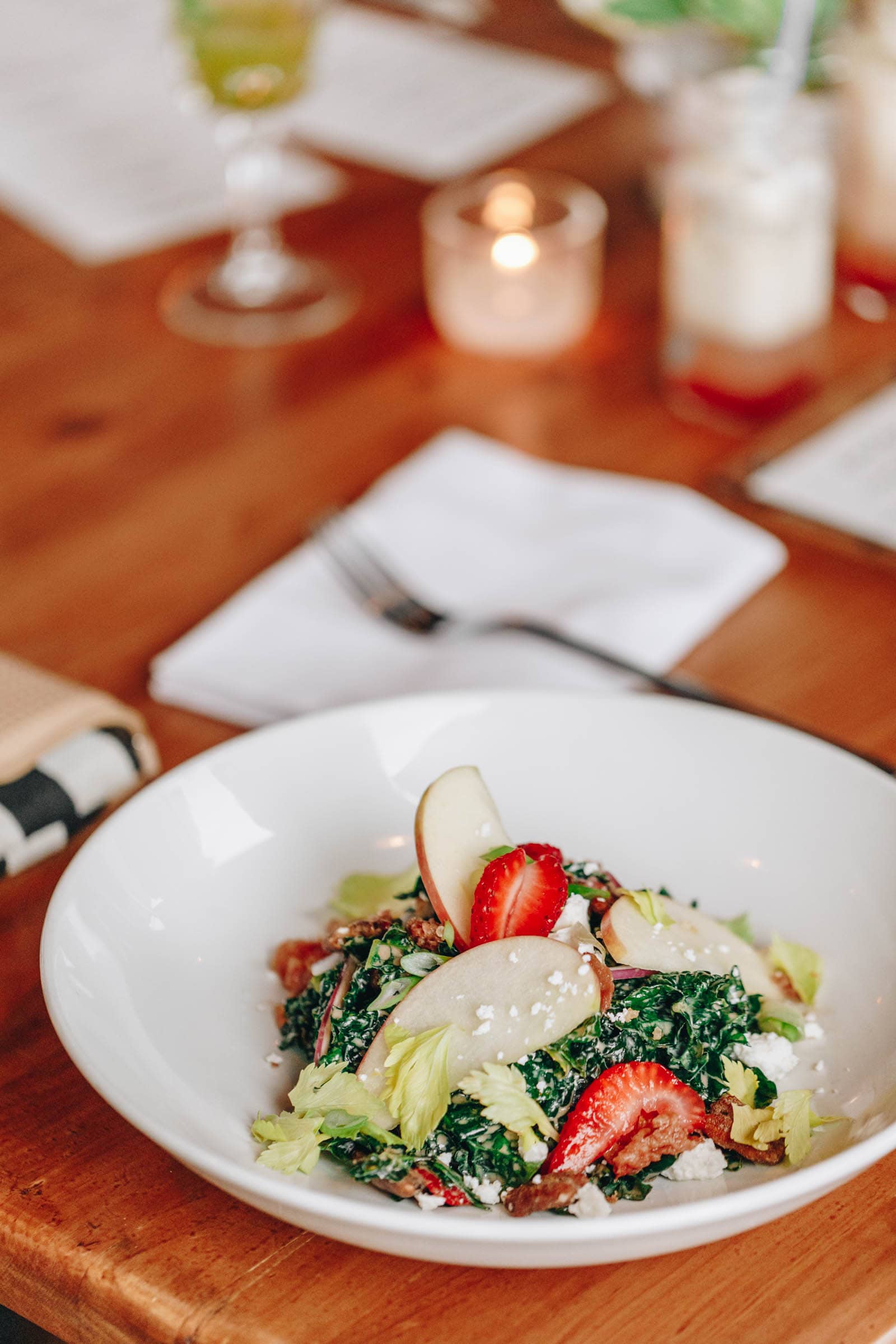 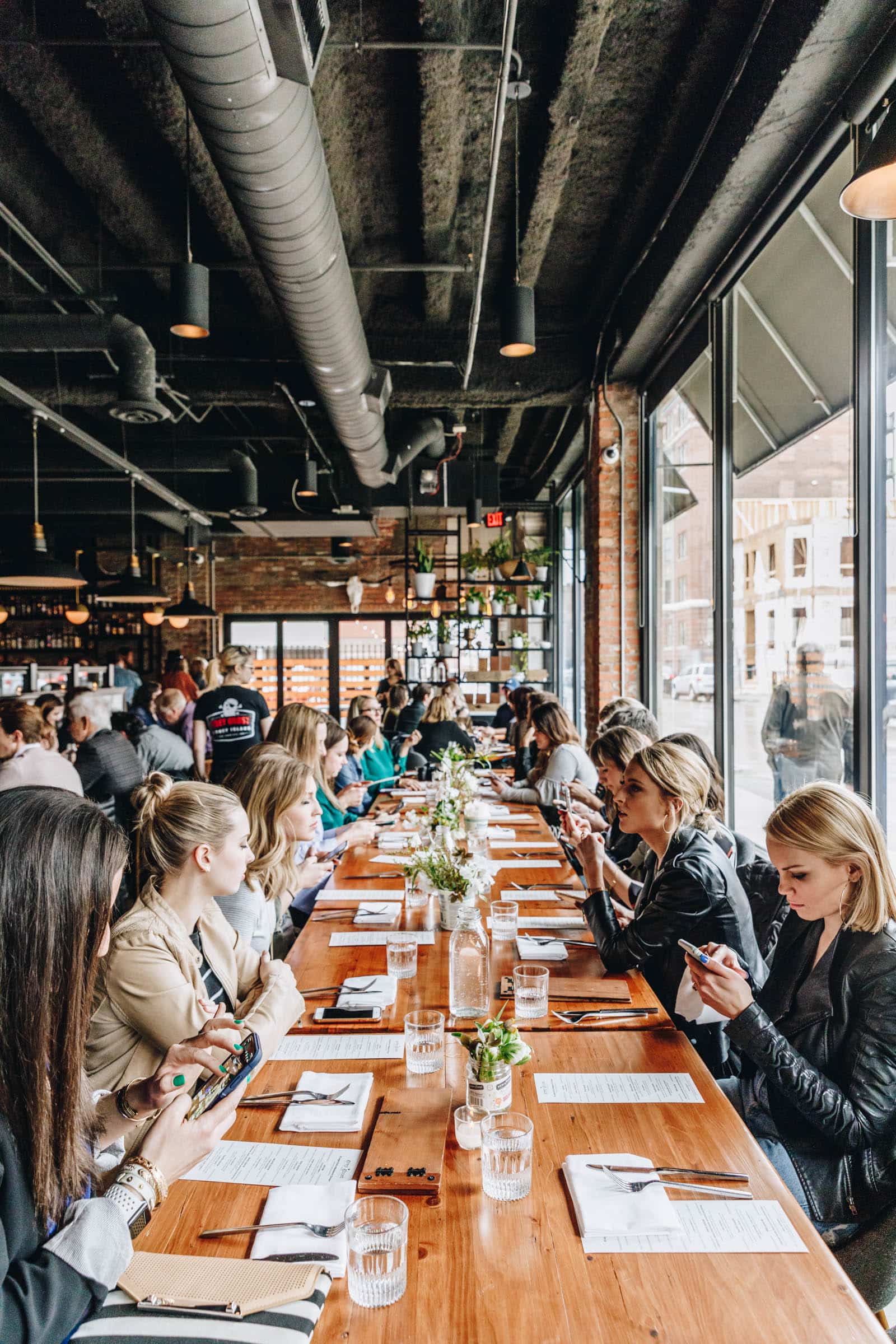 We ended our weekend with a goodbye breakfast on Sunday morning. The #legendairy Strawberry Rhubarb Bakewell Tart was eaten here. It was created using Tillamook Sweet Cream Salted Butter and Private Selection strawberry spread. Ooooh, just thinking about that makes me hungry all over again! 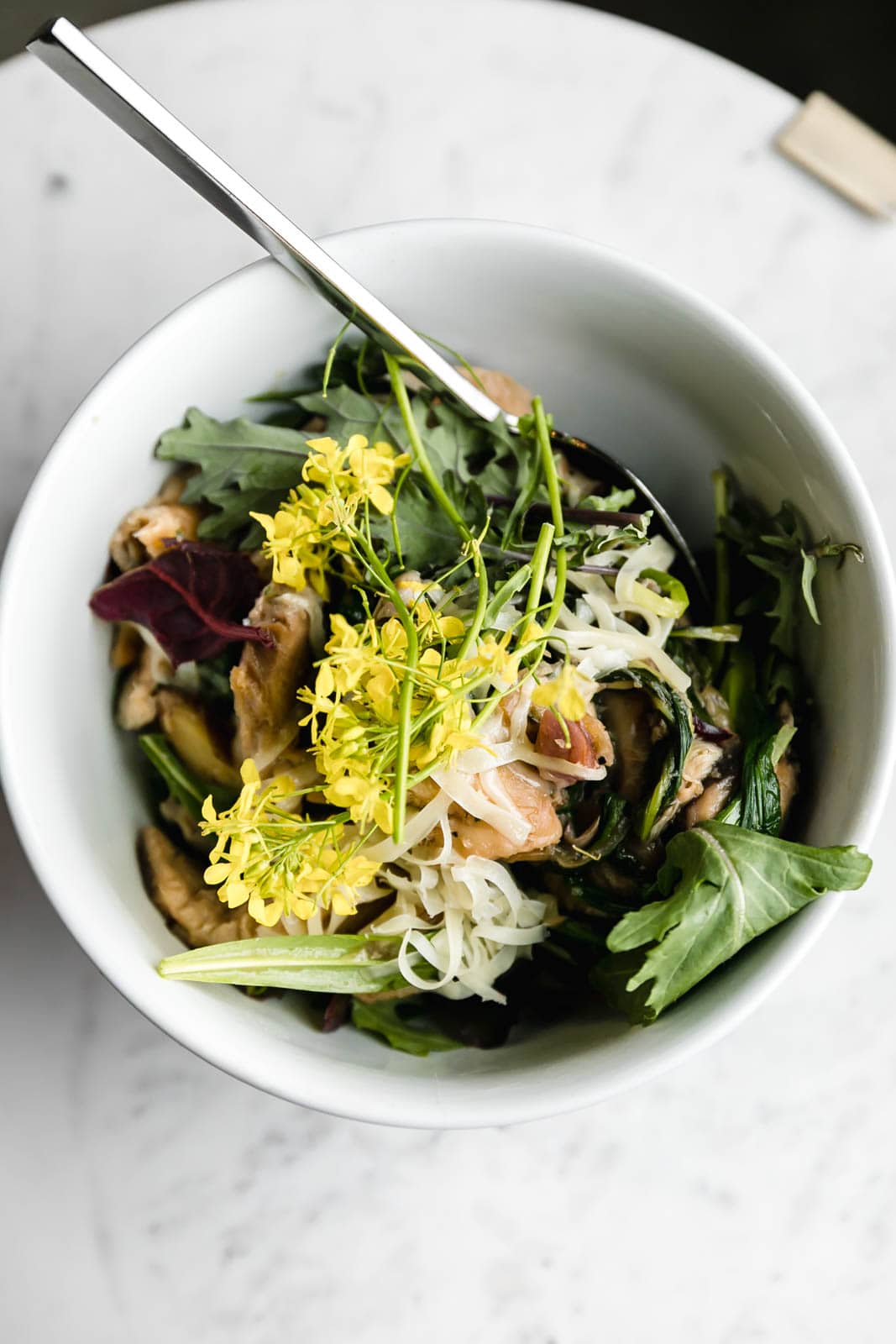 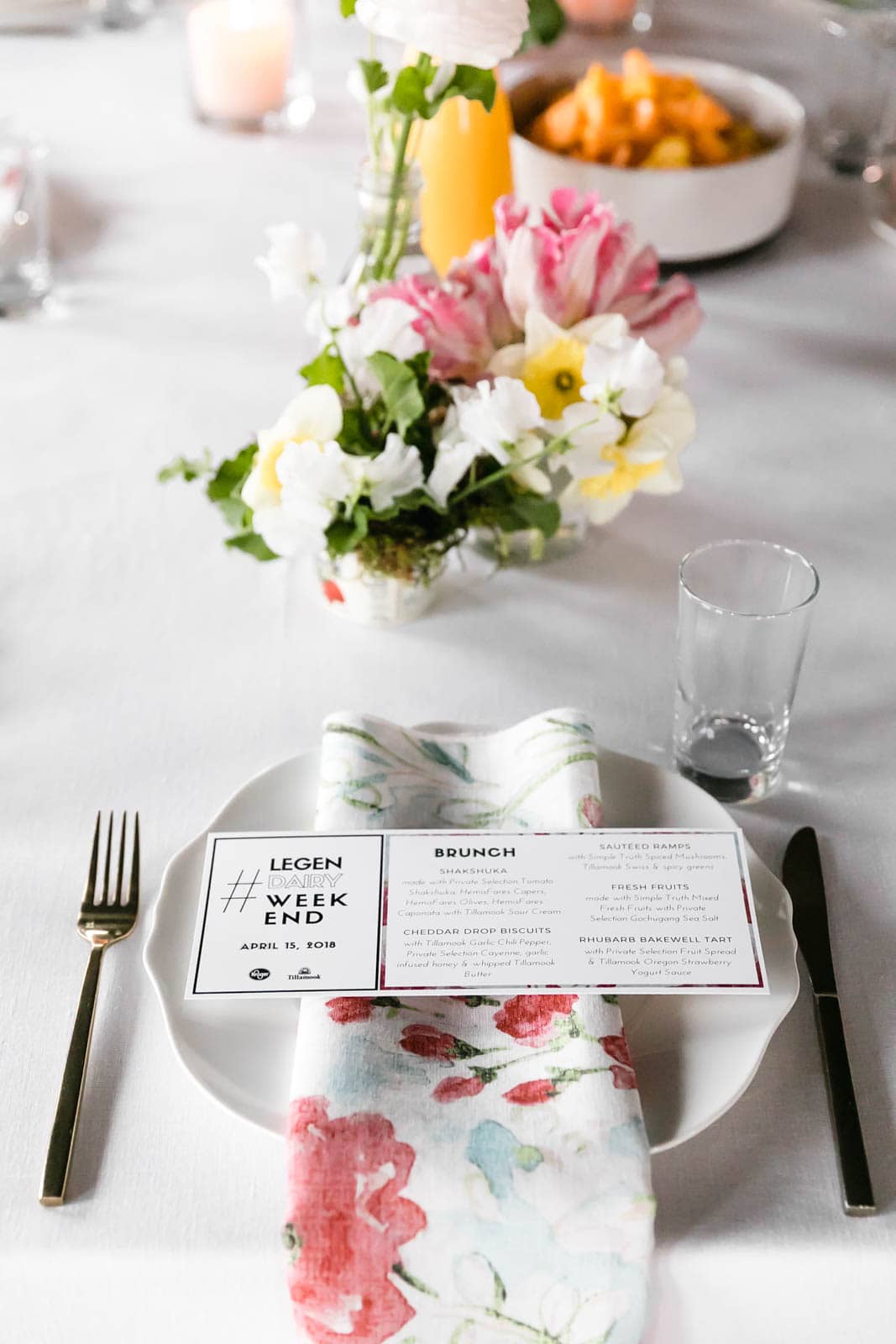 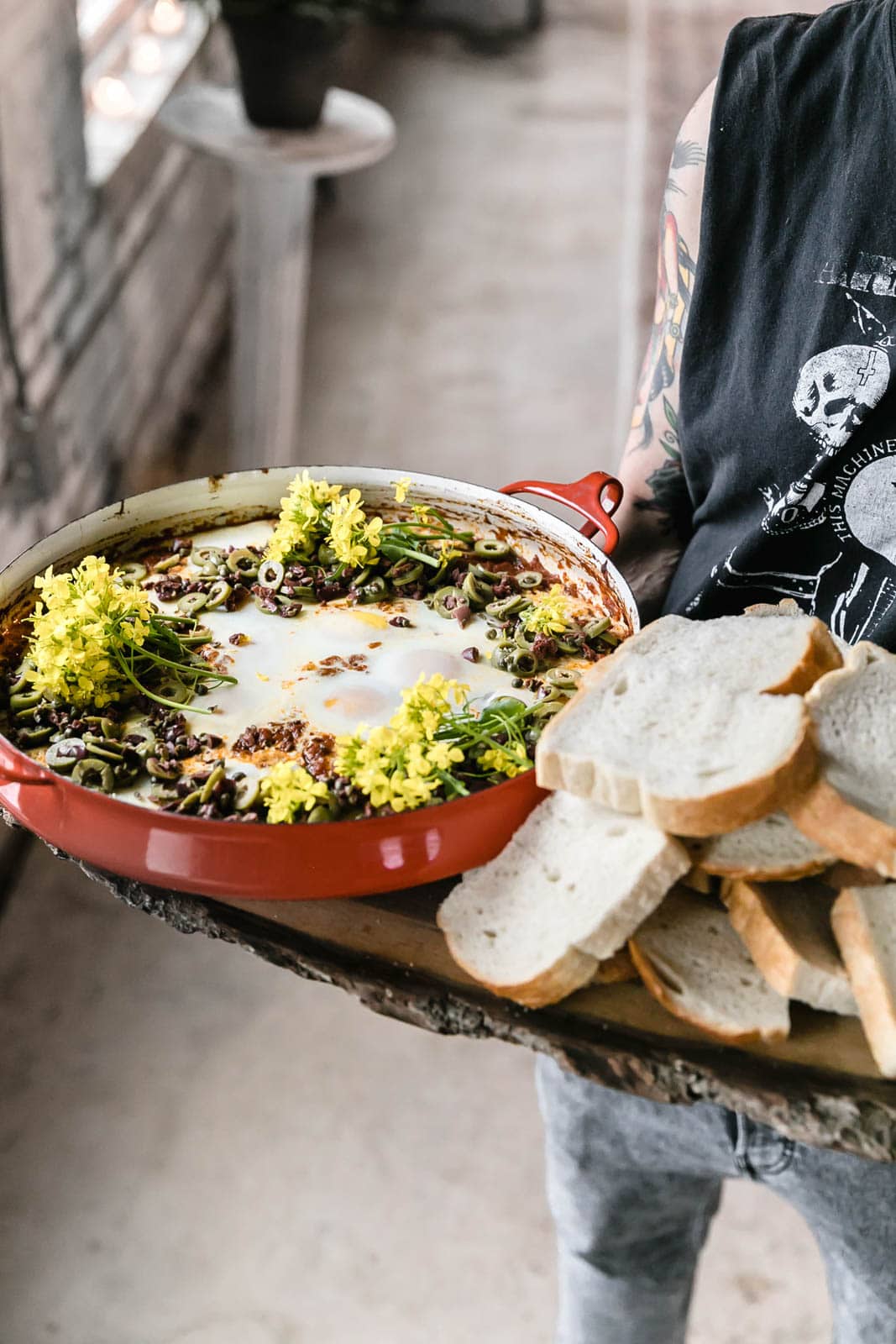 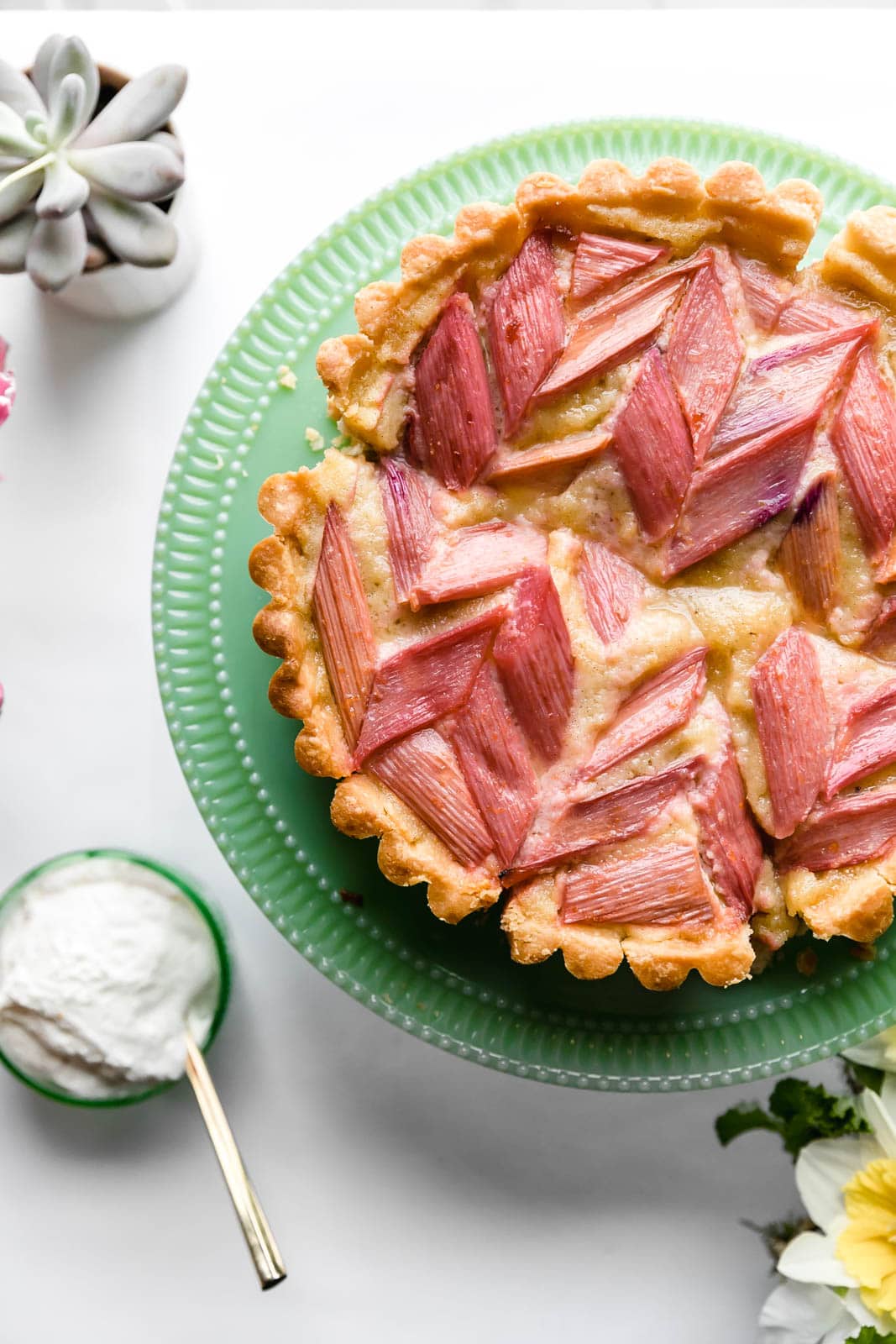 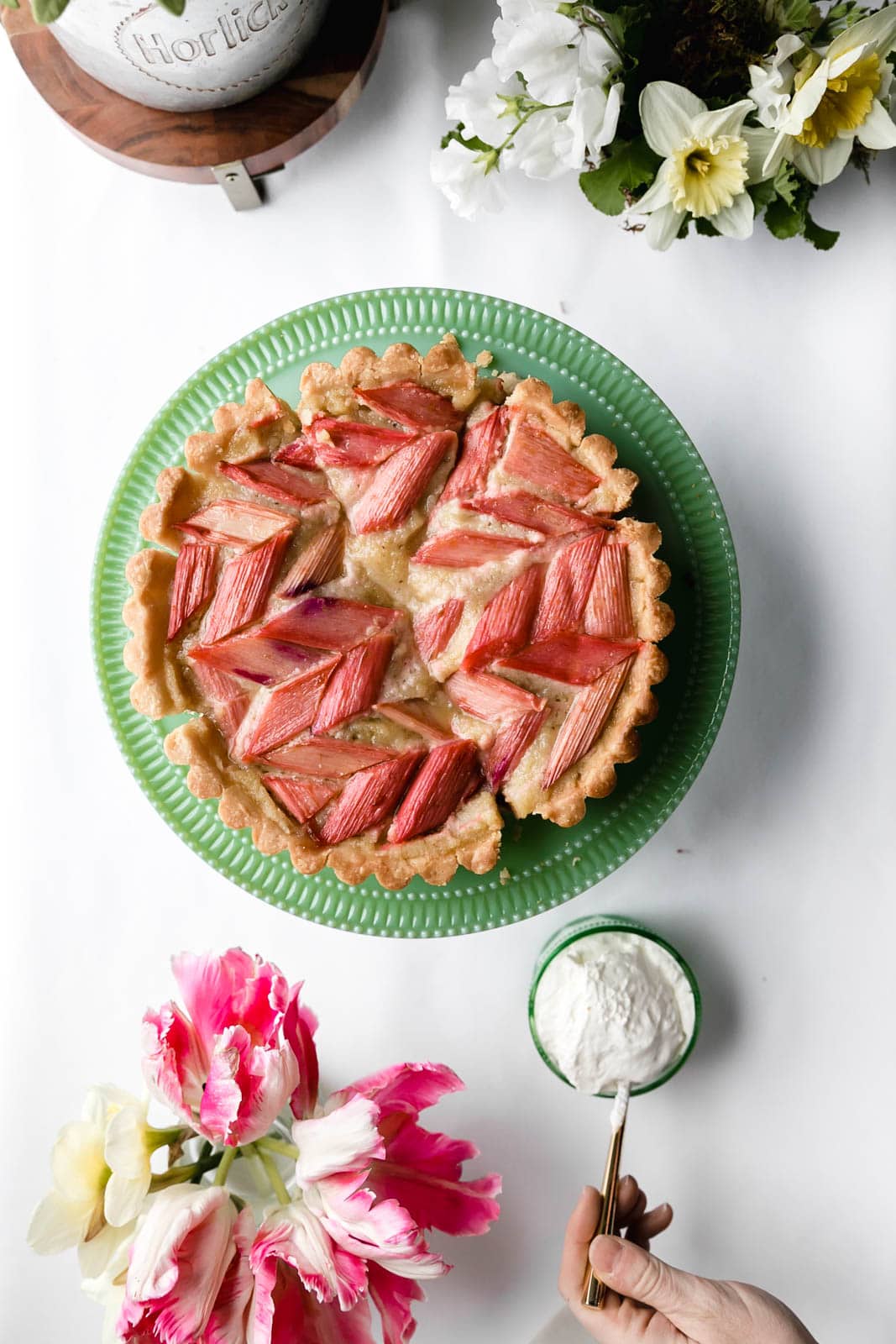 Thank you so much to Kroger and Tillamook for accommodating us all throughout the weekend. Putting everything together, getting together with all of the bloggers, and showing everyone around Detroit was so much fun!

The images are a combination of mine and Hayden Stinebaugh’s work.

Kroger provided funding for this article. All content and thoughts are all mine. Thank you for your continued support of the brands that enable Broma to exist!

for the Tart Shell (sugar pate):

for the sugared pate:

In a mixing bowl, cream together the butter and sugar with the paddle attachment until fluffy, then whip in the egg yolks one at a time until well combined. Mix in the flour until it forms a ball of dough, being careful not to overmix, and then finish combining the remaining flour at the bottom of the bowl by hand. Form the pastry into a disc and cover it in plastic wrap; refrigerate for 30 minutes or up to 1 day. Fit into a normal sized tart shell by rolling out between cling film or silpats. Prick the dough (and re-chill if it has warmed up too much), then blind bake at 350°F until golden brown, using baking beads or rice (about 15-20 min). Combine the rhubarb, sugar, orange juice, and orange zest in a mixing bowl. Allow to cool in the refrigerator (up to overnight). Cover the bottom of the par-cooked shell with strawberry jam (and any rhubarb remnants). Preheat the oven to 350 degrees Fahrenheit. To make the dough, mix together the sugar, butter, almonds, eggs, almond essence, baking powder, salt, and flour. Pour the mixture over the rhubarb-strawberry purée. If you’re using the herringbone approach, make sure the rhubarb is in the right spot. Preheat oven to 350°F and bake for 45 minutes, or until golden and puffy. Cool till warm in the tin. Serve.

This vegan rhubarb frangipane tart is a delicious and easy dessert to make for any occasion. It’s also a great way to spend a weekend in Detroit.