The eclairs are a classic French pastry. These little cream puffs typically contain vanilla custard in the center, surrounded by layers of puff pastry and sprinkled with sugar before being filled with whipped cream or mousse.

The “caramelized banana pastry cream” is a filling that can be used in many different desserts. It’s often used in eclairs and this recipe will show you how to make them.

For breakfast, lunch, and supper (I mean dessert), Caramelized Banana Cream Pie Eclairs are a definite crowd-pleaser. Dinner. Both.) 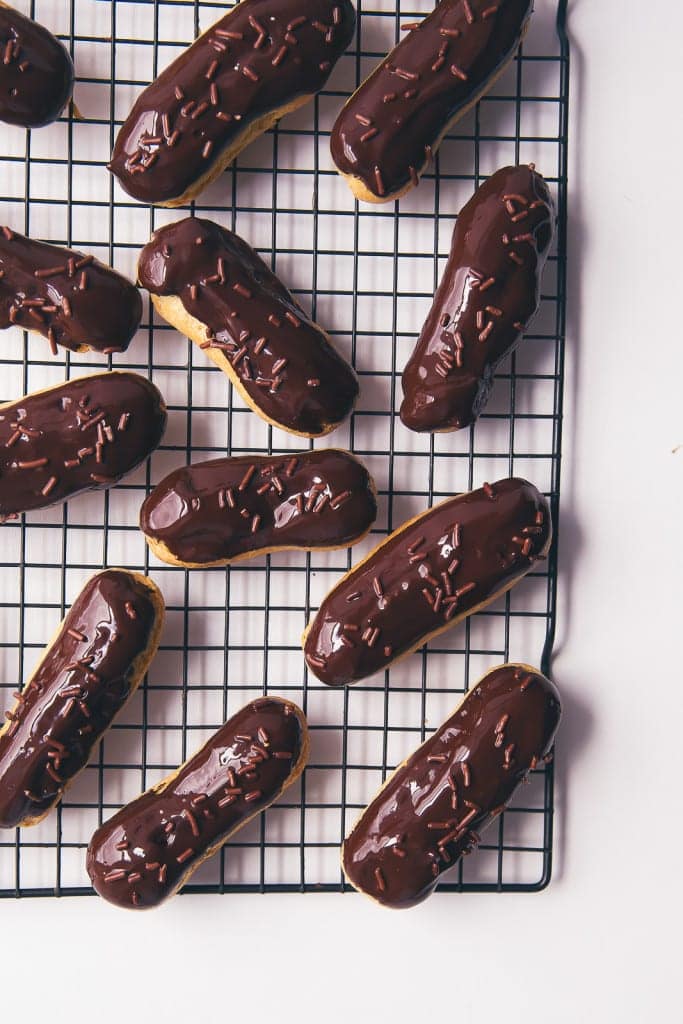 Something about a chocolate drizzle simply appeals to me. Things that are packed are also acceptable. Both are present in these Caramelized Banana Cream Pie Eclairs. A creamy caramelized banana cream core is encased in light and eggy pate choux before being dipped in dark chocolate.

But the nicest part about these eclairs is that I meticulously hand-picked each and every chocolate sprinkle from a container of rainbow sprinkles to go on them. Was it creativity or sloth that led to this? Perhaps a little of both. The former is the more common. 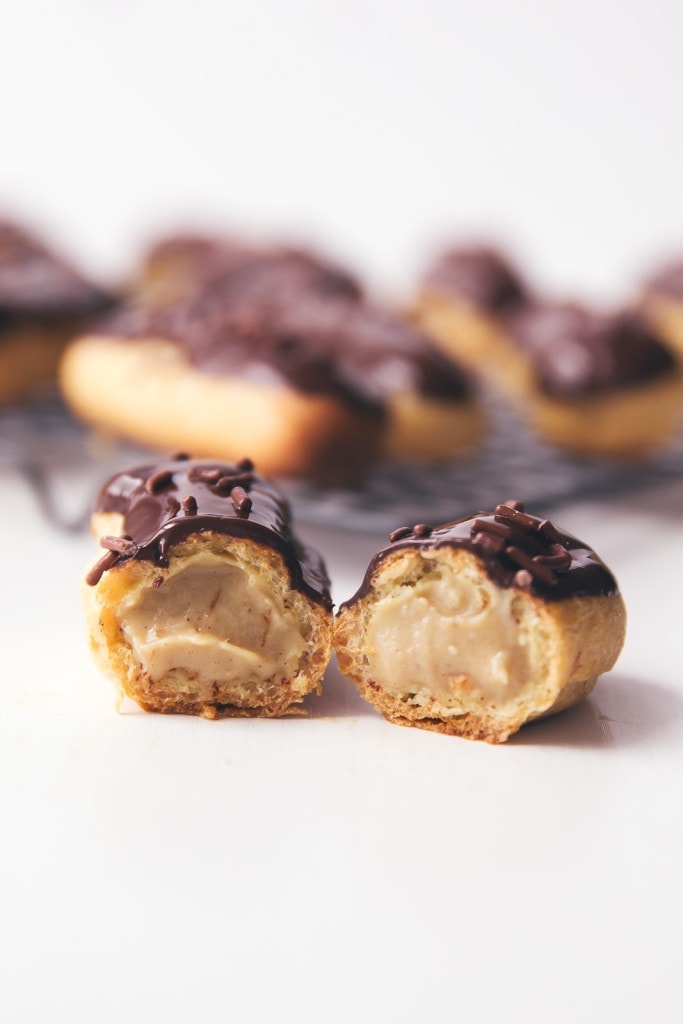 Aside from the tedious task of collecting sprinkles one by one, these eclairs were surprisingly simple to make. The pastry cream comes together in a flash [sound me snapping my palms together]. Then, using a piping bag, make several finger-like lines on a baking sheet. They’re crispy on the exterior, soft on the inside, and precisely hollow when they’re done. 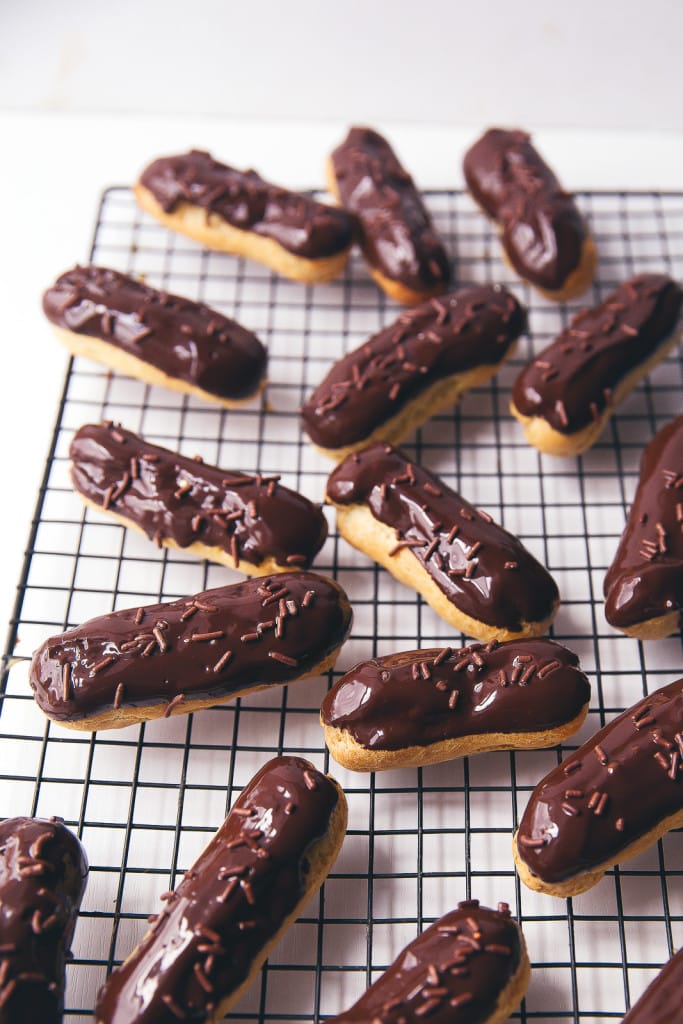 I’d say more, but I’m running late for a cocktail party with my high school buddies. It’s the weekend, after all!

However, take it seriously. Stuff these pups in your face.

To create the eclairs, preheat the oven to 350°F.

Pour the chocolate glaze over top.

To make the eclairs

To create the custard for the caramelized banana cream pie

To put the eclairs together